This month, our feature video from Patrice Whiffen at Country Music Junkies profiles Canadian country music artist, Ty Baynton! Waterdown, ON, native Ty Baynton talks about his new single, “I’ll Never Know”, which dropped at the end of August. He talks about his experience writing the song with Jordan from Cold Creek County, along with the story behind the song. Ty has had the opportunity to open for Blake Shelton, Tim Hicks and Chad Brownlee, and he shares with us some of the advice these country greats have passed along. For more information about Ty Baynton, or to check out his new single, click here: https://www.tybaynton.com/. For more on Country Music Junkies, visit www.CountryMusicJunkies.com. Listen to the exclusive interview with Ty Baynton below: About Patrice: To Patrice Whiffen, country […]
Do you like it?
Read more

In The News (October)

This section of the newsletter is comprised of news stories, press releases and links to Internet articles that are sent in by our members who believe they will be of general interest to the membership.  We include them as a courtesy to our members but do not verify or edit their content.  Their inclusion does not constitute an endorsement by the CMAOntario nor do their contents reflect the views or opinions of the CMAOntario. SING OUT FOR CHEO! Fundraising Event On October 21, 2017, Danny Sylvestre, in partnership with Tim Tierney, Ottawa Councillor, Country 101 our exclusive radio partner and with the help of a fantastic team of devoted volunteers and local sponsors, will join River Town Saints, Danny Sylvestre, John Allaire and Sandi Skye […]
Do you like it?
Read more

A Message from the President (September 2017)

Most of the CMAOntario Board of Directors and many of our members attended the 2017 CCMA Country Music Week held in Saskatoon this past week. The weekend was full of great events and performances. Highlights included the opening reception and Discovery Showcase (with Danielle Bourjeaurd, Jesse Gold, Steph La Rochelle and special guest Eric Ethridge) and the songwriting sessions, which featured a number of our own: Andrew Hyatt, Jason Blaine, The Lovelocks, Patrick Ballantyne, Buck Twenty, Deric Ruttan, James Barker (James Barker Band), Gavin Slate, David Leask and Jessica Mitchell. Another sold-out Legends show, hosted by Deric Ruttan and Cal Gratton, blew everyone away with stand-out performances. The CCMA Industry Lunch and Awards honoured Ontarians Paul Ferguson, CHCQ-FM, Belleville with Music Director of the Year […]
Do you like it?
Read more 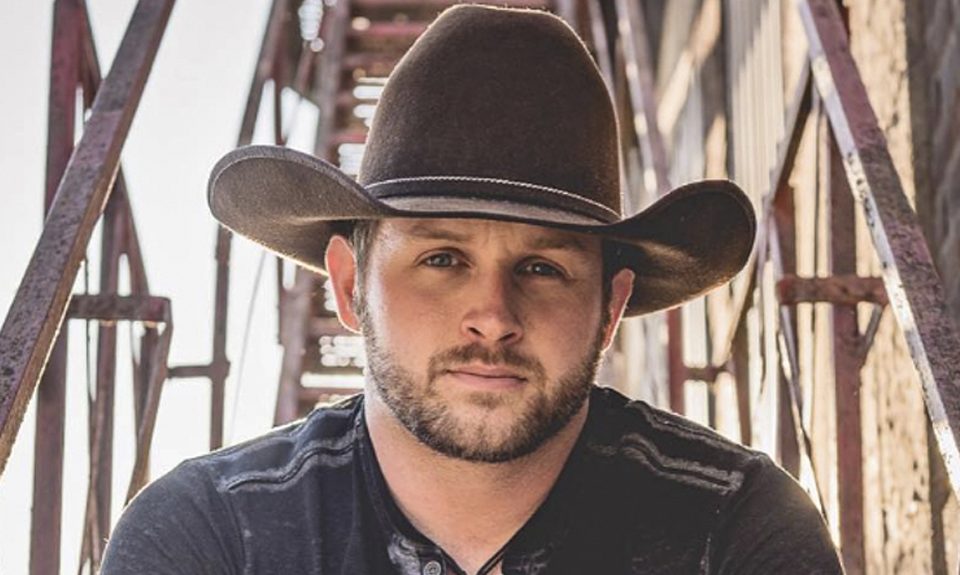 Ty Baynton is a small town Ontario boy, growing up an hour outside of downtown Toronto in Waterdown, but that hasn’t stopped him from making it to the big city and beyond with his own country music. The first time we saw Baynton live on stage was at the Boots & Hearts Music Festival as a finalist in the 2014 Emerging Artist Showcase. In the three years since, we’ve had the chance to see Baynton grow as an artist, a performer, and we’ve had the chance to catch up with him at the jewel of Canadian country at Canadian Country Music Week 2016 in London. Baynton counts Randy Travis as one of his earliest influences. When we spoke with him at the CCMAs, he told […]
Do you like it?
Read more 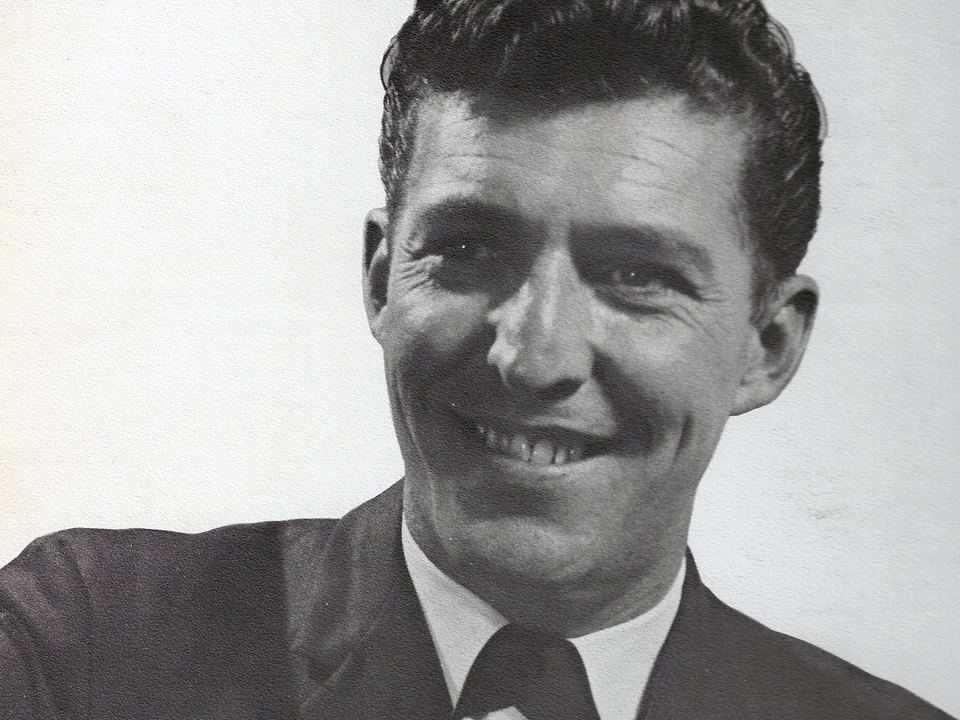 Born: January 6, 1934 – Joyceville, Ontario Died: January 20, 1989 – Ottawa, Ontario (by Larry Delaney) Bob King was one of Canada’s first country stars to earn recognition beyond our national borders. Raised in the Ottawa Valley, Bob King headed up his first band, The Country Cousins, at age 14, playing area talent contests. At age 16, he became a solo artist, beating out another Ottawa youngster, Paul Anka, in a talent show. Soon afterwards, Bob King joined on as a member of the popular traditional country group, Mac Beattie & The Ottawa Valley Melodiers. In 1954, at age 20, Bob King was signed to a solo recording contract with RCA Victor. His debut single, “Laurel Lee”, became an instant hit, selling a reported 50,000 […]
Do you like it?
Read more

This month, our feature video from Patrice Whiffen at Country Music Junkies profiles Canadian country music artist, Ashlynne Vince! Welland, ON native, Ashlynne Vince, talks about her new single, “No Boys Allowed” which dropped back in the spring. She talks about her experience opening for Brett Kissel at the beginning of the year, along with her upcoming tour schedule. For more information about Ashlynne Vince, or to check out her new single, click here: https://ashvince.ca/. For more on Country Music Junkies, visit www.CountryMusicJunkies.com. Listen to the exclusive interview with Ashlynne Vince below: About Patrice: To Patrice Whiffen, country music is a lifestyle. As the appropriately deemed, “Country Music Junkie,” she strives to share her passion for country music with the world. As a radio broadcaster with an inside […]
Do you like it?
Read more

In The Country with Dave Woods: Catching Up With Ontario Country Artist Brad Battle

Tell us some of the artists that have influenced you. Early on, my influences were Barenaked Ladies and Sarah McLachlan. I have always looked up to Patricia Conroy. Right now, Dierks Bentley and Keith Urban are huge influences for me. You had the opportunity to write and record “Hung Up ” with well-known producer Dave (Dwave) Thomson. This was your first single at Country radio from your EP called “Always Easy”. What was it like working with Dwave? Working with Dwave was amazing. I won the opportunity after competing in the Magna Hoedown Showdown. We basically had 1 day to write a song and record it the next day. With us both being from Niagara, we had lots in common, which helped. Writing with new people can be hit […]
Do you like it?
Read more

What is MusicOntario? Launched in 2012, MusicOntario is a non-profit, membership-based Music Industry Association (MIA), representing Ontario’s independent artists and businesses. As a division of the Canadian Independent Music Association (CIMA), our mission is to provide professional development, services and support to the independent music industry in Ontario. What do we do? MusicOntario curates programs, events and initiatives that assist in nurturing, promoting, and sustaining growth within the provincial music sector. We do this by both creating accessible opportunities for emerging local talent and professionals, and connecting them to Ontario’s existing industry infrastructures, festivals and organizations within Ontario’s communities. From 2015-2017, MusicOntario delivered over 108 events (and counting), ranging from workshops, panels, b2b and peer mentorship sessions, to showcases, domestic and international market access, networking […]
Do you like it?
Read more

In The News (September)

This section of the newsletter is comprised of news stories, press releases and links to Internet articles that are sent in by our members who believe they will be of general interest to the membership.  We include them as a courtesy to our members but do not verify or edit their content.  Their inclusion does not constitute an endorsement by the CMAOntario nor do their contents reflect the views or opinions of the CMAOntario. ole Signs Co-Publishing and Administration Deal with The Reklaws   ole, the world’s fastest-growing independent music publishing and rights management company, announced it has entered into a worldwide co-publishing and administration deal with Cambridge, Ontario-based country music singer/songwriter duo, The Reklaws. Winners of the 2012 CCMA Discover Program and the 2013 […]
Do you like it?
Read more
Prev page
1234567891011121314151617181920212223242526272829303132333435363738394041424344454647484950515253545556575859
Next page