The original organization was formed under the name of the Ontario Country Music Association in May of 2007, by Rob MacArthur, founding patron Linda Wright and a number of interested and enthusiastic individuals who thought it was time to have a voice for country music in Ontario: the “talent” including song writers, musicians, bands; and the “industry” including radio, management, publishers, booking agents and record companies.

They identified a strong need for educational workshops and resources to strengthen each area of this growing industry.

One of OCMA’s first orders of business was to set up a web site for communications, news feeds and other forms of communication with members as well as the general public. One of the key features of the original website was an internet radio station featuring members’ music, although it has since been discontinued.

The first board of directors was established in October 2008. Barry Haugen was President, Anya Wilson was Vice President, and Drew Allen was Secretary-Treasurer. The other directors were Terry Fernihough, Bruce Good, Bill Hart, Peter Linseman, Rob MacArthur, Heather Ostertag, and Bob Wilson.

The CMAOntario attracted membership through showcases or Open Stages as they were known. The first showcase was in Oshawa and the second at the Gibson Guitar Center in Toronto in 2008. Since then it has expanded to incorporate seminars and “Demoramas” at which both members and non-members critique members’ music.

The CMAOntario continues to grow its membership and to assist in the career development and education of as many of its writers, performers, musicians and music industry people as possible. In May 2014, CMAOntario held its second annual Awards Show; and in November 2014, it will host its first two-day educational seminar “The Road to Independence” which will also offer showcasing opportunities.
Founding Sponsors

In order to garner support for the organization in its early days, a Founding Sponsors Program was launched. The initiative was limited to 10 companies who would be recognized in perpetuity as the Founding Sponsors of the CMAOntario. It's with tremendous gratitude that we thank each of them. 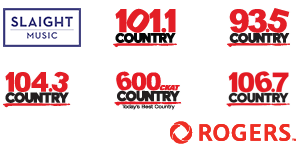 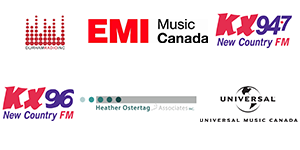 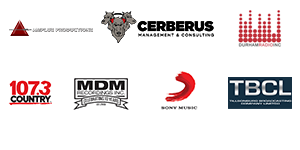 Past Board Members of the CMAOntario include: