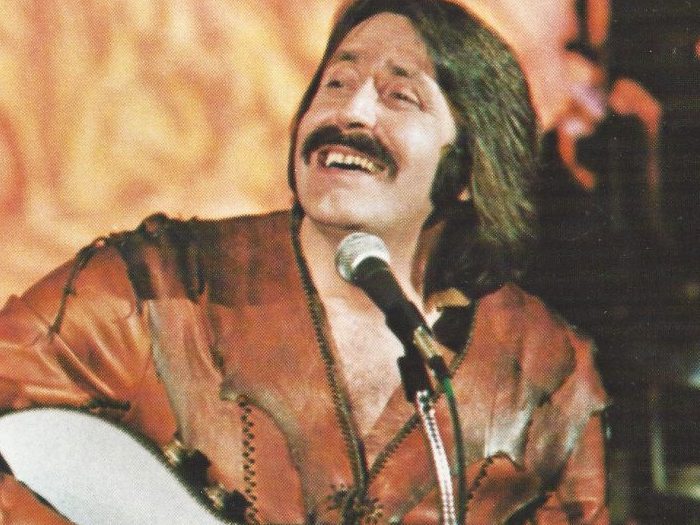 (#56 in the Ontario Pioneers Series) 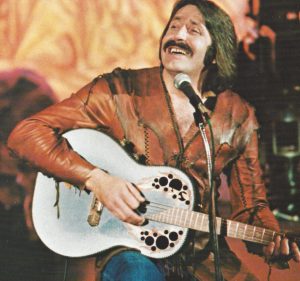 Wayne Rostad has long been one of Canada’s most visible country music entertainers, thanks to his long-running TV series “On The Road Again” – a homespun weekly show that featured vignettes on everyday people and places from all corners of the country. In fact, the TV series was so popular that it interrupted Wayne’s career as a country music recording artist and songwriter.

Born October 28, 1947, in Ottawa, Wayne Rostad paid his dues in Canadian country music as a radio DJ at stations in Smiths Falls, Ottawa, and Kingston, Ontario and in Grand Falls, NL. During the 1970s, while in Ontario, Wayne was also the front-man in the Honey West Show, for country recording star Honey West; with the group touring the Ontario country club and festival circuit. Ottawa Valley Hall of Famer Claude “Quincy” Damphousse was also a member of the band. 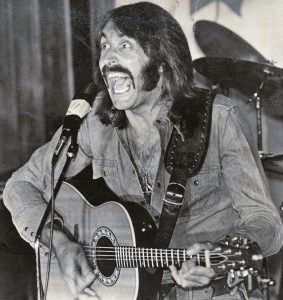 By the late 1970s, Rostad had become a fixture on the Ottawa Valley country music scene, with an almost cult following fan base, thanks largely to his picturesque songwriting that captured the imagery of Ottawa Valley folklore. His 1979 album, “Writer of Songs”, was released on his own newly-formed Stag Records label. The song list included such favourites as Highway Eleven, Dollard Marlowe, Ryan’s BP Station, Rideau Street Queen. Two singles pulled from the album, Willie Boy and Rideau Street Queen, were Top 20 hits on the RPM Charts. The album was co-produced by Dallas Harms and Mike Francis with three songs produced by Gary Buck.

While the “Writer of Songs” album has long ranked as Wayne’s signature work, he has enjoyed other successes with his music. His first chart appearance dates back to 1972, when he scored a Top 30 hit with his single, November Rain. In 1983, he released a second album, “Again”, which served up the nationally charted singles King Of Fools, Summer Rose and the title track tune. That album also featured his song J. Ulysses Moses Henson (The Bear Song), easily one of the more energetic recordings in Canadian country music history. A third album, the 1991 “Storyteller” set, featured songs inspired by subjects from his “On The Road Again” TV series. His “Christmas In The Valley” CD was released in 1996. 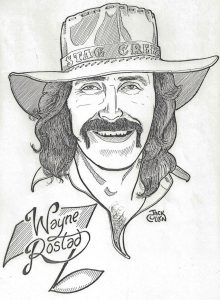 The song Christmas In The Valley, written by Wayne Rostad, has generated national airplay and has become a Yuletide standard; the song inspired a TV Special and a series of annual Christmas albums, with proceeds donated to the Children’s Hospital of Eastern Ontario (CHEO). Wayne has also contributed his talents to telethons on behalf of The Ottawa Heart Institute and various other charitable organizations.

The “On The Road Again” CBC-TV series (originally called “Out Your Way”) ran for 20 seasons (1987-2007), earning Wayne eight Gemini Award nominations for Best Host in a Performing Arts Program. Rostad toured across Canada to film segments for the shows, often piloting his private airplane (dubbed “Spirit Of The Valley”) to the locations. In 1996, he authored the book “Wayne Rostad: On The Road Again”. 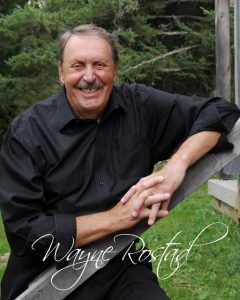 Wayne also lent his name to several music business ventures, most notably the long-running annual “Wayne Rostad Gatineau Clog”, which launched in 1979 and featured the top names in Canadian and Nashville country music entertainment on stages located in Western Quebec. The event was so successful that it outgrew itself and for safety reasons, was brought to a close in 1994, to the dismay of the many thousands of fans who attended annually. “Rostad’s”, a night club in Ottawa, carried Wayne Rostad’s name during the early 1980s, featuring the best in country, country/rock and bluegrass entertainment.

Wayne Rostad has received nominations for Juno and Gemini honours, was named Most Promising New Artist in the 1979 Big Country Awards and has been inducted into the Ottawa Valley Country Music Hall of Fame in 2002 and the Canadian Country Music Hall of Fame in 2010. He was also the first recipient of the CCMA’s Humanitarian Award – presented in 1989 – and has been named a member of The Order of Canada.