In The Country with Dave Woods: One On One With Rosewood Ave

Artist of the Month: Jason Blaine 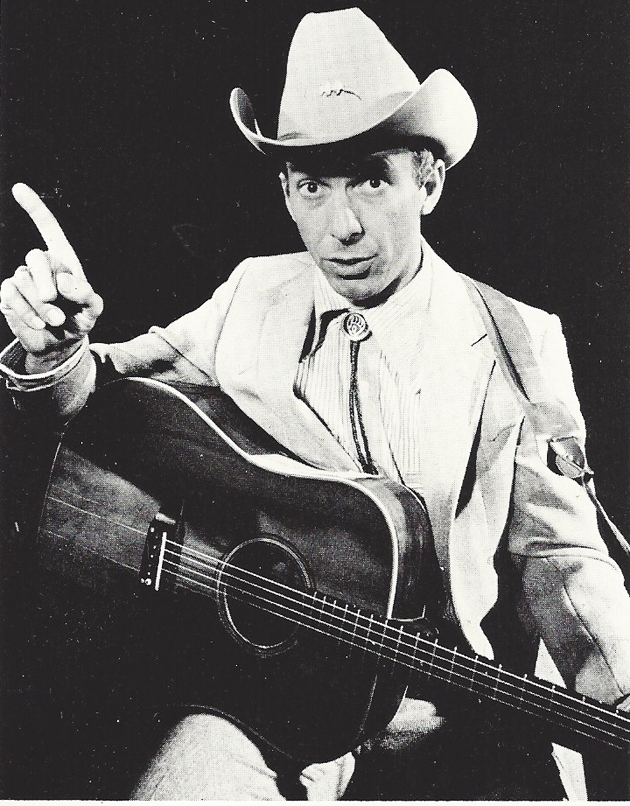 (#60 in the Ontario Pioneers Series) 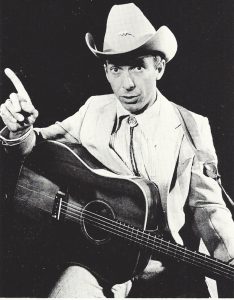 Peter Hodgson may not be a name that strikes familiarity among country music fans… but mention the name “Sneezy Waters”, and immediately many more know who you are speaking of. “Sneezy Waters” – aka Peter Hodgson – has been recognized in the music world for more than half a century, most notably in the leading role portraying the immortal Hank Williams in the stage play and movie “Hank Williams: The Show He Never Gave”. 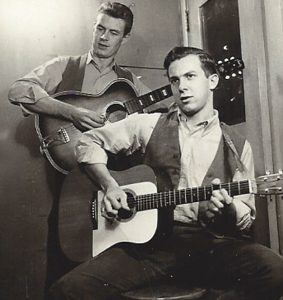 The Ottawa-born performer first attracted attention in the duo “Nev & Pete” with long-time friend and fellow entertainer Neville Wells. As a “folk” duo, they worked major stages and venues in Ottawa and Toronto, including opening for a December, 1963 Ian & Sylvia concert at Ottawa’s Capitol Theatre; as well as being “regulars” at Ottawa’s famed Le Hibou coffee house venue. Later, the pair were part of the Ottawa-based folk group The Children, which included such notables as Bruce Cockburn, Colleen Peterson and Richard Patterson.

During the 1970s, Peter Hodgson took on the persona of “Sneezy Waters”, often found busking on the Sparks Street Mall in Ottawa, and touring internationally with the band A Rosewood Daydream, which included his first wife Susan Jains and musician Lawrence Brown.

In 1978, after creating a local stir with his slightly off-center style of music, he formed the band “The Great Sneezy Waters & The Excellent Band”, releasing the album “You’ve Got Sawdust On The Floor Of Your Heart”. The album was co-produced by Sneezy and Ted Gerow, known best at the time for his role with the hit-making group, Five Man Electrical Band. The album was a diverse mix of material, with songs written by Willie P. Bennett, Ian Tamblyn, Bill Hawkins, etc., with the “Sawdust” title track penned by Sneezy’s brother John Hodgson. The album is now considered a “Canadian Collectible”. 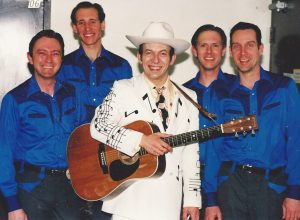 But even bigger things were ahead for Sneezy Waters.

Ottawa-based playright Maynard Collins had scripted the stage play “Hank Williams: The Show He Never Gave” – a play based on a show date in Canton, Ohio, by Hank Williams, which never came to pass due to the legend’s sudden passing in the back seat of his Cadillac enroute to the show. The Collins play needed someone to portray Hank Williams… Sneezy Waters proved to be the ideal actor.

Sneezy debuted in the stage play role in November, 1977, at Ottawa’s Beacon Arms Hotel, and weeks later (December 5-10, 1977) at Toronto’s famed Horseshoe Tavern. The stage play was so well received, it soon evolved into a motion picture. The movie became recognized worldwide as one of the finest portrayals of the tragic life and music of Hank Williams and in 1984, it was nominated Best Country Motion Picture Of The Year by the Academy Of Country Music Awards. 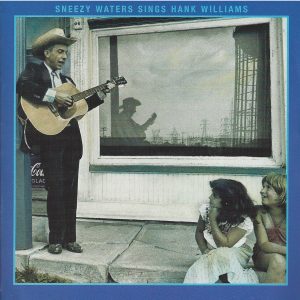 Waters continued to perform internationally in the stage play version and followed-up with the release of his own Hank Williams tribute album with the 1981 vinyl LP, “Sneezy Waters Sings Hank Williams”. That album, released on Sawdust Records, was produced by Bill Garrett and featured a wide array of session players, including Mike “Pepe” Francis, Graham Townsend, Willie P. Bennett, George Essery, Randy Hill, Ken Whiteley, Ed Bimm, Peter Beaudoin, and David Woolhead. The bluegrass band The Humber River Valley Boys were featured with Sneezy on a rousing version of the Hank Williams gospel song, “I Saw The Light”. The album continued to be a popular collectible during the ensuing years and in 1999, was re-issued on CD format, extending the universal interest and demand for the recording. 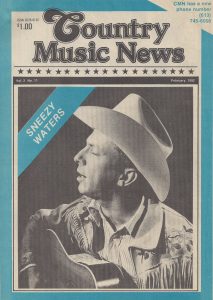 While music was always his first calling, the acting bug created in the Hank Williams role allowed Sneezy Waters to spread his talents. He appeared in a segment of the CBC production For The Record, and later a supporting role in Backstreets – a CBC mini-series where he portrayed the character of race horse harness driver Delbert Purvis. At the time, Sneezy also wrote a number of songs for a radio stage play called “Fallin’ Out Of The Saddle”.

The travel and performance demands of portraying Hank Williams on a nightly basis had its own perils. Luckily, unlike his singing idol, Sneezy Waters was able to identify the downside of that lifestyle and pulled back from it, returning to his Ottawa roots, which included a “regular” job as a stagehand at the National Arts Centre.

In 1997, Waters felt his musical interests calling once again and he recorded the album “A Letter Home”, which contained several of his songs written from past years, including such nuggets as “More Trains Than Brains In Texas”, “Beer Parlour Millionaire” and the poignant “Who Will Entertain The Entertainer”. The album is highlighted by a duet with the late Colleen Peterson on the song “Rough Side Of The Mountain”.