In The Country with Dave Woods: One On One With Owen Barney 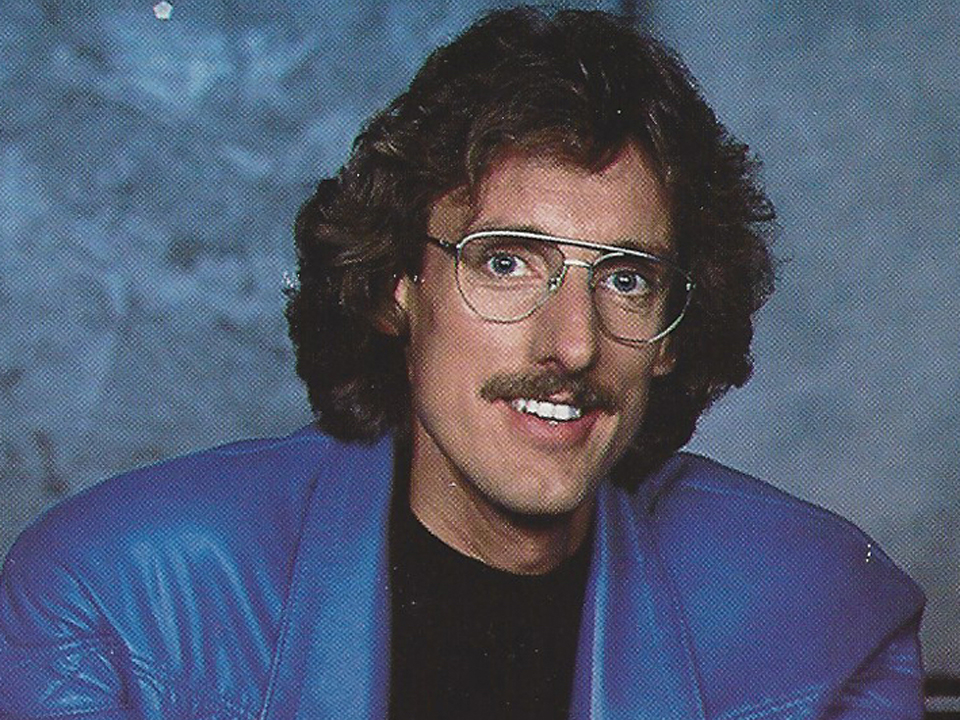 (#49 in the Ontario Pioneers Series) 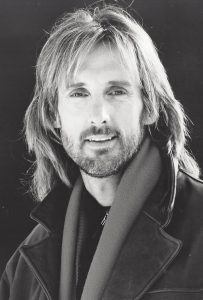 George Fox was a farm boy with a dream. Living on his parents’ farm in Cochrane, Alberta, George spent much of his younger life working the farm, baling hay and milking cows… all the while dreaming about becoming the next Elvis Presley or Buddy Holly – two of his early music idols. After spending time in Sweden on a “farm exchange” program, George’s musical interests turned to more traditional country artists, and he began writing songs himself.

By the mid-1980s, and after playing the local community events scene in and around Cochrane, George began recording several demo sessions of his music, selling cassettes at the Saturday marketplace. Music began to be more interesting than farming, so George entered studios in Calgary to record a more professional example of his singing and songwriting. The demo somehow reached Bob Roper at Warner Music in Toronto. Roper placed a call to the Fox ranch, inviting George to come to Toronto … George leaped from the tractor to the “Big City”… a recording contract was signed… and George was referred to Leonard T. Rambeau of Balmur Inc. for management and career guidance. The team exploded almost overnight into becoming one of Canadian Country Music’s stories of the decade!! 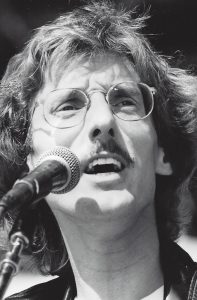 George Fox’s first album for Warner Music came in 1988 with a self-titled collection of his own songs, including the charted singles Angelina, RBJ and Goldmine. A second album, “With All My Might”, came quickly in 1989. Produced largely by Canadian-born Brian Ahern (Anne Murray, Emmylou Harris, etc.), the album delivered another series of chart hits, including No Trespassing, Bachelor Girl, Lime Rickey and the title track tune, With All My Might. The ball was now rolling for George Fox and over the next decade he recorded another nine albums, five of which reached Gold status in Canadian sales.

By the early 1990s, George Fox had become the “star” in Canadian country music. He was touring across Canada, opening shows for Randy Travis, George Strait and Willie Nelson; soon becoming the headline concert attraction himself.

The music videos supporting some of his record releases propelled George into next becoming a TV star. He was first featured on the 1990 CTV Special “George Fox’s New Country” and he became a regular host of the televised Canadian Country Music Awards Show from 1991-1994. In 1991, his CBC TV Special “Country on Campus” drew close to a million viewers. The 1995 TV Special “Time of My Life” (which included guest appearances by Shania Twain, Patricia Conroy, Lisa Brokop and Susan Aglukark) topped the 1.5 million mark in viewers, putting George Fox in the “superstar” category. 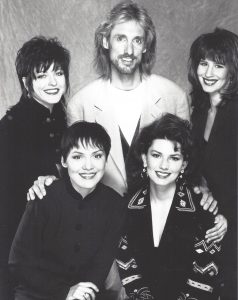 Meanwhile, George Fox was reaping awards for his recordings and performances. He was named CCMA’s Rising Star Award winner in 1989 and CCMA’s Male Artist of The Year on three occasions: 1990, 1991 and 1993; picked up three prestigious Juno Awards for Country Male Vocalist of the Year, was named RPM’s “Big Country” Male Vocalist award winner five times, won an Album of The Year award for his “With All My Might” package and Single and Composer of The Year for his 1988 song, Angelina.

The only accolade that may have escaped George Fox’s impressive accomplishments was scoring a #1 hit. He had six Top 10 hits on the RPM Charts, with the 1990 Bachelor Girl peaking at #4 and With All My Might reaching # 5… but to his chagrin, no Number One. 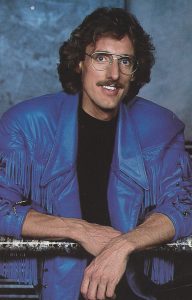 On July 21, 1995, George Fox was honoured by his hometown of Cochrane, Alberta with the naming of a local roadway: “The George Fox Trail”. George has also shown some talent as an author beyond his songwriting. He wrote his first book, “My First Cow” – a compendium of short stories about life on a cattle ranch.

George Fox was featured as a Cover Story artist in the Canadian publication Country Music News a record-breaking six times.

Since moving to Ontario, George Fox married Monica Presta (known for her technical work on the popular TV series “The Red Green Show”, etc.) in 1996. The couple have made their home in Ancaster, Ontario, with their daughters Anna May and Ruby.