On May 15th, CMAOntario member and country crossover artist Drake Jensen released his latest single “Burn The Floor”, a ground-breaking contemporary track that bridges the divide between traditional and modern interpretations of country music. Drake collaborated with Nova Scotia LBGTQ singer/songwriter/producer Jon Hemingway and Rob Preuss, former keyboardist of The Spoons and Honeymoon Suite, and former Associate Musical Director for Mamma Mia on Broadway, on this innovative new track.

The Advocate featured the story and the video, deeming it the “most inclusive” LGBT Country Music video, as did Billboard Pride.  Lenny Stoute wrote a glowing review of not only the song, but the entire concept of the video and Drake’s advocacy as an LGBTQ artist. Drake has since been invited to perform virtually at several major Pride events, and has performed live at Pride events in Ottawa, Kitchener and Nashville in the past.

On June 1st the song was released at Australian Radio and was immediately added to over 15 commercial stations, including the major network: ABC Country.  Presenters in that country have been interviewing Drake not only about his fantastic song, but about his LBGTQ Advocacy and how it’s high time he, and other LGBTQ artists, be recognised for their talent rather than be excluded for their sexuality, as has been the case for many years.  Several online publications have also written about Drake’s Advocacy and high-quality music, hailing the return of an “LGBTQI Hero” after his 2016 success “Where Ever Love Takes Us” which charted in the Top 40 in that country.

Meghan Patrick Wins JUNO Award for Wild As Me 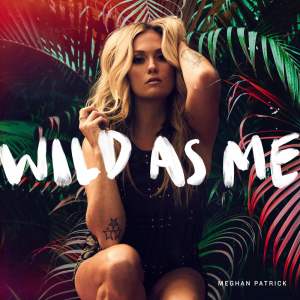 Congratulations to Meghan Patrick whose latest EP Wild As Me took home the 2020 JUNO Award for Country Album of the Year.

The SOCAN Foundation has announced the launch of the SOCAN Foundation Relief Fund for SOCAN members during the covid-19 pandemic. This new fund is open to all members who have earned more than $500 in royalties in the four most recent SOCAN distributions. The Board of Directors has allocated a total of $500K for distribution, with each grant valued at $250. Applications are now open until Aug. 15 here . 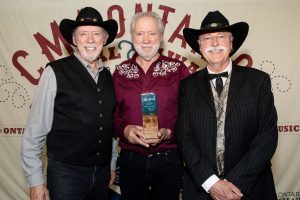 Canadian country music legends The Good Brothers will be performing at Purple Hill Country Opry in Thorndale, ON on August 1 as part of the Cruise In Concerts series presented by Target Event Marketing. Complete details and ticket info here.

The Cory James Mitchell Band released their new single “Blue Collar Anthem” on June 12 – written as a thank you to all the working class folks out there that put in countless hours and work filthy jobs to make the rest of our lives what they are.

Based out of Sarnia Ontario, the Cory James Mitchell Band brings a unique sound to the Canadian Country scene that can’t help but catch your attention. The music is gritty, genuine and full of emotion, a barebones style of country mixed with southern rock.