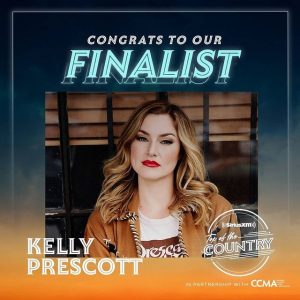 SiriusXM Canada today announced the three Finalists for the third annual SiriusXM Top of the Country competition, in partnership with the Canadian Country Music Association® (CCMA). These three artists will hit the stage during Country Music Week 2021 taking place this fall in London, ON, and a champion will be crowned the winner of SiriusXM’s Top of the Country. The grand prize winner will also be awarded a $25,000 cash prize and an invitation to a SOCAN songwriting camp. 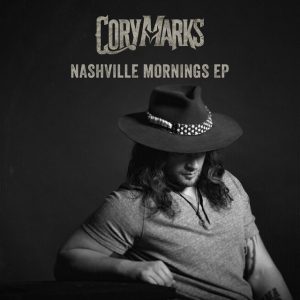 North Bay, ON resident country-rocker Cory Marks has released his new EP Nashville Mornings, which offers retrospective new takes on some of the singer-songwriter’s fan-favourite tracks. The track listing includes a new country mix of his current anthemic single ‘Blame It on the Double’, a collaboration with Tyler Connolly of Theory of a Deadman, that was met with critical praise upon its release in April from the likes of Billboard and American Songwriter.

Marks also pays tribute to his music idol Merle Haggard with a stunning acoustic live cover of ‘If I Could Only Fly’. And rounding out the track listing are three songs from Cory’s debut album Who I Am, including a captivating live version of the title track and a previously unreleased solo version of ‘Out in the Rain’.

Marks celebrated the release of the EP saying, “I love sharing my music with the world in many shapes and forms. This EP embodies a specific mood, paying tribute to the city of Nashville – the capital of country music – which will always have an influence on my art. And specifically, I’m honored to be able to sing one of my favorite songs from my favorite artist, Merle Haggard.

“‘If I Could Only Fly’ is one of many beautiful songs by Merle. This one is special to me as it makes me think of my Grandma Maisie and my Papa Al. My Grandma would listen to this song and think of my Papa when he passed away. And now that they’re both together in heaven, this is like a love letter for them, and to them. I’m sure Merle will let them know when it’s out!”

Marks recently announced that he will be joining ‘Blame It on the Double’ collaborator Tyler Connolly and the rest of Theory of a Deadman on their North American tour starting in September. For tickets and show dates, please visit: http://www.corymarks.com/

1.     Blame it on the Double ft. Tyler Connolly of Theory of a Deadman (Country Mix)
2.     Out In The Rain
3.     Better Off
4.     My Whiskey Your Wine
5.     Who I Am (Live)
6.     If I Could Only Fly (Acoustic)
In 2019, Billboard deemed Cory Marks’ top 10 Rock Radio single ‘Outlaws and Outsiders’ the “hit that couldn’t be confined.” The same statement could be said about Cory himself, who has exploded onto airwaves and tour stages over the past few years, making himself known as the next generation of southern rock. Mixing the storytelling tradition of country music and the loud, unapologetic sounds of heavy rock, Cory’s music blasts with an aggressive, soulful edge. 2020 saw the release of his critically acclaimed debut album WHO I AM – spawning fan favorites like ‘Devil’s Grin’ and ‘Blame It on the Double’. The album is the product of an artist who knows where he’s been and has many excited to know where he’ll go.

‘Outlaws and Outsiders’, which features country music icon Travis Tritt, Ivan Moody of Five Finger Death Punch, and Mick Mars of Mötley Crüe, was a global hit, receiving more than 33 million streams worldwide, trending near the top of Shazam’s all-genre discovery charts alongside some of the biggest names in music, and already certified gold in Cory’s home country of Canada. Touring forces like Toby Keith and Brantley Gilbert have invited Cory to join them on the road. And despite this, Cory remains grounded and grateful.

Rooted in the influence of his hometown in North Bay, Ontario, where he grew up surrounded by its salt-of-the-earth residents, Cory is undoubtedly himself, not just as a musician, but as a person. He continues to be influenced by the acts that drew him to writing and performing in the first place: The Rolling Stones, Deep Purple, Rush, Ozzy Osbourne, and most notably Merle Haggard, who Cory embodies in his own 21stcentury way. 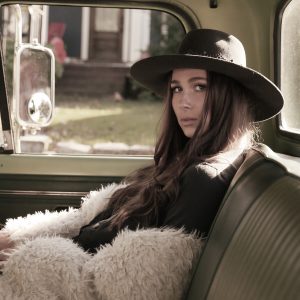 “Black and White” is a story about the grey areas of a relationship with no real explanation for its ending. Shae focuses on telling the good, the bad and the messy sides of healing from a broken heart; “I want to embrace all the parts of the end of a relationship, that people don’t want to talk about when moving on, but are a necessity in the healing process.”

Warner Music Nashville rising star Robyn Ottolini is love drunk and, well, just plain drunk on her major label debut The But I’m Not Always Sad Either EP, available now (LISTEN HERE). The four-song project explores another side of the singer / songwriter behind the independently released The I’m Not Always Hilarious EP. Ottolini creates her own kind of party with clever lyricism and creative production, courtesy of Erik Fintelman and Mark Schroor, that includes plenty of ad-libs. The EP tackles romantic love, friend-love, family love and, most of all, self-love.

“I’m so happy to finally share the fun-loving part of me again,” Ottolini shared. “Being sad is necessary for healing but dang… I’m not always sad! I hope these songs bring you joy. I hope that they make you feel loved and safe and comfortable in your own skin. You’re perfectly imperfect, and I’m so thankful to be on this journey with all of you.”

Fans got a first listen of The But I’m Not Always Sad Either EP earlier this month with the release of “Tell You Everything” (LISTEN HERE). The adoring anthem stands in stark contrast to the viral hit that helped earn her record deal – current radio single “F-150” (LISTEN HERE). “F-150” has propelled Ottolini to more than 45 million global career streams. The track reached No. 4 on Spotify’s all-genre US Viral 50 chart and No. 3 on Rolling Stone’s all-genre Trending 25. The official music video, which boasts 3.6 million views, features red-hot visuals and was filmed in the Toronto, Ontario area near her hometown of Uxbridge.

Ottolini’s small-town-Canadian upbringing serves as the creative inspiration for every witty, relatable lyric she writes. Inspired by artists like Maren Morris, Kacey Musgraves and Sam Hunt, the 25-year-old has been named a 2021 Artist To Watch by The Boot and Yardbarker. She is currently tied for the most 2021 CMAOntario Award nominations with five total nods.

THE BUT I’M NOT ALWAYS SAD EITHER EP TRACK LISTING 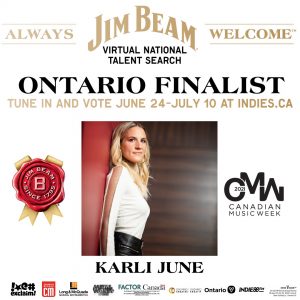 You can vote for Karli once a day through July 10th.

Watch a video of her performance and vote here. 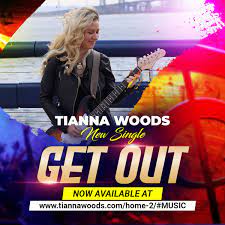 Current CMAOntario Female Artist nominee and seven time nominee, Tianna Woods has released her brand new single “Get Out ” which is now available on DMDS!

The song is a feel good post-pandemic, spring fever anthem that will make you want to get out! It has been a long lock down for everyone and this song is just what people need right now. The feeling of freedom to get out of the house and take on the world after a long year.

Tianna is currently working on 2 new albums, a number of singles and a new stage show. One of her new albums entitled “I Believe ” will be released in 2021. 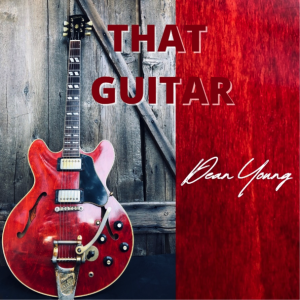 A tribute to his late father Bazil Young (b. Quebec), who was a well-known country musician & radio DJ in Niagara Region (ON Canada) for most of his life. He was Plant Manager of the Port Colborne Dairy and then Rich Products of Canada for many years before retiring due to health issues.
RIP – Bazil “Buzz” Young
1932-2018

That Guitar is about the connection Dean’s Dad had with music and the influence it had on Dean while growing up, as well as the loss of his Dad through both the devastating impact of Alzheimer’s disease and later his passing in September 2018.

Dean calls this “the hardest song he has written yet”; with a goal to “express a very sad situation without the song sounding sad”.

“My Dad gave me music and there was always music surrounding us. The song is about the guitar that I remember so dearly from my early childhood, as he worked to provide for his family…I wanted to share this part of my life without it sounding “sad” & I think the Producer Jason and I accomplished that.” (Barrytone Studios)

To listen to That Guitar: https://ffm.to/thatguitar
To connect with Dean: @deanyoungmusic or learn more – http://www.deanyoungmusic.com