Artist of the Month: Nate Haller 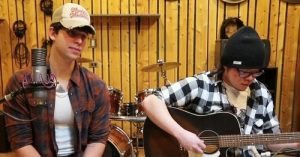 “Someone” is the Newest Single + Video from Lemon Cash

Lemon Cash released their new single “Someone” to DSP’s on January 1st. The accompanying video, featuring some guest cameos, is out now.

The single will be going to radio at the end of the month.

The band is headed to the studio at the end of February to record with Dan Swinimer (JoJo Mason, Sacha). 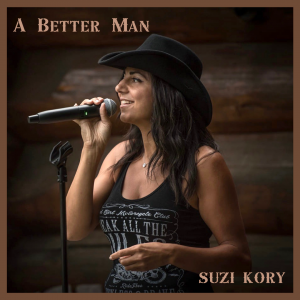 Canadian country-rocker Suzi Kory is back with a new single for 2022, which focuses on the challenges of life on the road and its effect on mental health.

Musicians are faced with constants physical, emotional, and mental challenges with only the support of those on the road with them, who are likely facing the exact same challenges.

“A Better Man” was inspired by the true story of one such musician, who after being forced off the road (as shows were cancelled ) used the time for self-reflection and making positive life changes in his life.

The single, set for release on January 18th on all DSP’s and through her website, was co-written by Kory, along with producer Brent Woods (KISS, Sebastian Bach, Taylor Hawkins of the Foo Fighters) and recorded in Los Angeles, CA.

Suzi Kory is also the founder of the Love Revolution Country Music Festival (Watch here: https://youtu.be/949N7duDR2w), which began in the summer of 2020 and is scheduled to take place this summer once again in Cavan, Ontario on July 16th, 2022.

The all-day festival, featuring independent country artists from across Ontario has garnered support from stations such as KX96, Pure Country 105, Global News and has been featured in music publications such as FYI Music News and Canadian Musician. 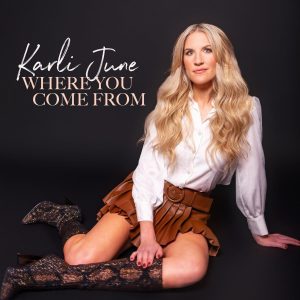 With a pop-flavoured approach to songwriting that’s both optimistic and thoughtful, Karli June is poised to join the ranks of Canada’s leading country music artists when she releases her debut EP, Where You Come From, on Feb. 18 via The Orchard.

At the production helm of the project is award winning, Canadian powerhouse Karen Kosowski who most notably produced the majority of the GRAMMY nominated Mickey Guyton album Remember Her Name and is also well known for her work with Brett Kissel, Madeline Merlo, The Washboard Union.

The EP’s six tracks include the singles “Heart Drunk,”co-written by GRAMMY-nominated, CCMA, SOCAN Award-winning, and JUNO nominated songwriter Deric Ruttan (Blake Shelton, Tim McGraw, Eric Church) and produced by Kosowski, “Home Team” (co-written with Kosowski and Tori Tullier) and “The List,” (co-written with (Kosowski and Emma-Lee Ashlee) all of which have started to put Karli on the map over the past year and a half.

These initial songs led the Ontario native to be named one of three finalists to represent Ontario in the nationwide Jim Beam Talent Search, as well as be one of twenty artists chosen from thousands to participate in the 2021 TD Incubator for Creative Entrepreneurship powered by SOCAN Foundation.

Like so many others, Karli’s plans for 2020 were upended, but that in no way meant she was going to put her musical efforts on hold. For Karli, where there’s adversity, there’s also opportunity, and along the way she found inspiration through frustration. That especially shines through on “Home Team” and “Big For a Small Town,” both of which find Karli celebrating how people in our lives often help reveal our myriad blessings even when life doesn’t play out exactly as planned.

Karli explains, “My goal is to make people feel like they’re strong when they listen to my music, but in a way that’s energetic and fun. I love music that makes me feel like I want just give life everything I have. And I want to make others feel that way as well.”

That’s evident on other songs such as the new single “Makes You Pretty,” on which Karli displays her ample vocal chops, her knack for seamlessly blending modern country and good time rock and roll, and her core message about the importance of loving yourself in good times and bad in equal measure.

“I wanted to write a song about truly where a woman’s beauty comes from,” Karli says. “So, it’s about how feeling weakness, being vulnerable, but overcoming obstacles is truly what makes a woman beautiful. Put simply, it’s a blunt, uncompromising tune that puts the boots to the lie that a woman or girl’s value lies in how others perceive them and illuminates the truth that what truly counts is how you see yourself – something that’s reflected in the eyes of those who love you, not those who seek to tear you down or make you conform to their narrow conception of beauty.”

Born and raised on a farm in Listowel, Ontario, June sang in her church’s choir, and at local fairs and singing competitions, before teaching herself guitar and making her initial songwriting attempts as a teenager. Inspired by Carrie Underwood, Shania Twain and Kacey Musgraves, she recorded her first two singles in 2016 with CCMA Award-winning producer/guitarist Jason Barry, which led to June landing spots at marquee Canadian country music festivals such as Boots & Hearts, where she shared the stage with many Canadian and American country music luminaries.

Karli made her return to performing live in August 2021, sharing the stage with award-winning Canadian country band The Washboard Union at the Saskatchewan Jazz Festival, and she’s greatly looking forward to getting on road again in 2022 and connecting with her even-growing fan base.

That connection is what Where You Come From is essentially all about. Aptly named, the EP displays Karli June’s own background, her life, and the choices she’s made in a way that’s as relatable as it is inspirational.

KARLI JUNE – Where You Come From