Each year, the CCMA solicits submissions from its members who excel at the craft of songwriting and want to share their stories with audiences during our annual event.

Submissions received for the 2019 CCMA Songwriters’ Series will be reviewed by an impartial industry-led jury and successful applicants will be notified of their opportunity to showcase as part of the event this spring. 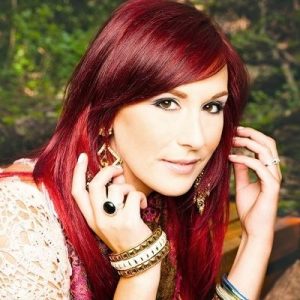 Ontario country singer/songwriter Cadence Grace (Runaway Angel) is suffering from Chronic Myeloid Leukaemia (CML) and is in need of a bone marrow transplant to survive. The procedure means a recovery time of up to 12 months, and a GoFundMe campaign has been set up to assist her. Grace has an admin deal with ole and has co-written or performed on tracks that have appeared on over 15 TV shows and movies internationally.

They say that music is the language of the soul, and nothing could be more true for this songwriter. Josh David has earned an admirable reputation as a talented musician, skillful songwriter, performer, and inspirational artist. His profound songwriting ability captures audiences and takes them for a journey down memory lane. From his live shows, to studio sessions and more, Josh David continues to touch the hearts of his fans. His stories, rich voice and beautiful acoustic performances speak for themselves. 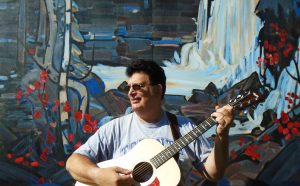 Stephen John Van De Kemp is a country farm boy raised in Thornhill, Ontario, Canada. He wrote his first song at the age of 19 that started him on a lifelong songwriting journey.

Having written hundreds of songs, but never having the support to get his music produced, the time is right for the world to finally get to hear one of Canada’s hidden gems of Country Rock songwriting.

“Hit the Road” is a Rock tune about a young man yearning in his heart to be a star in Nashville.” – Stephen John Van De Kemp

This is Stephen John’s very first release of songs, almost all of them written in the last few years, and it will make you wonder where this energetic Canadian songwriter has been hiding all these years. His hot new release is awesomely fresh and exciting with catchy melodies and toe-tapping music loaded with soul and passion.

The song “No Place to Hide” is the only co-written song on the album, written with long time friend Mitch Fountain and recorded in Nashville. Initially, the song was featured on a two CD Compilation by Dog Star Music that included famed performers Jose Feliciano and Jim Stafford and the song made it to the second round of the International Songwriting Contest.

Stephen John says “I push the envelope with my songwriting by blending Rock, Country, and Folk for an original recipe that has proven popular with my fans over the years.”

Watch the lyric video at: https://www.youtube.com/watch?v=IIJ7WEdbNS0

He has performed at some iconic venues in Toronto, Ontario, like Hughes Room, Latvian House, Trinity Church, The Linsmore Tavern and The Old Nick in Toronto.

“No Place to Hide” is a Rock album blended with lots of Country and Folk. Highlights include- colourful guitar work by Stephen John and fine backup vocals on all the songs by his wife Anne Marie Van De Kemp. The album features singles “Hit the Road” and “Prison Days.” 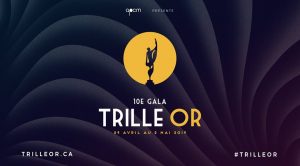 APCM (Association des professionnels de la chanson et de la musique) has announced the nominees for the 10th edition of Trille Or, a bi-annual music celebration celebrating Francophone music. A total of 76 artists and industry professionals are nominated in a total of 29 categories. Trille Or runs April 29 to May 2, during the official Francophone Music Week in Ontario. More info here 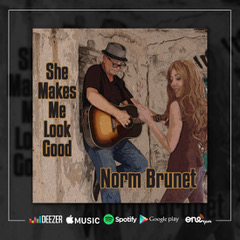 Norm Brunet kicks off 2019 with two new singles! “She Makes It Hard To Walk Away” is currently at radio and just in time for Valentine’s Day, “She Makes Me Look Good” is going live January 25th on all digital platforms.

SING OUT FOR CHEO! Fundraising

Sing Out for CHEO is more than just a charity event! This event is recognized as an official CHEO Foundation fundraiser that over the past three years has grown to include a fantastic silent auction, with prizes given by local merchants and this year a local Artist/Band Music Competition.

Danny Sylvestre is the founder and organizer for the Sing Out for CHEO event. He had his life dramatically altered when his daughter was diagnosed with Muscular Dystrophy by the doctors at CHEO. Without the care and support provided by CHEO to both his daughter, and to himself as a young parent, both of their lives could have been negatively affected. Through the surgeries, the therapies and the countless late night visits, the specialists at CHEO patiently carried them through every kind of healing process. Today, she is vibrant testimony to just some of the vital services that CHEO provides.

Sing Out for CHEO! Event will be on Friday, February 22nd, 2019 at the Lone Star Loft (St. Laurent), 1211 Lemieux Street, Ottawa, Ontario and will feature the Danny Sylvestre and the Rainwater Whiskey.

This year, “Sing out for CHEO” is giving 3 lucky artists the chance to also perform at this great event, and raise money for the CHEO Foundation for family-centered children patient care facilities in Ottawa and the Outaouais region!

Sing Out for CHEO! Event information is available at http://singoutforcheo.ca/. Tickets are only $10 each. Please buy your tickets on the Sing Out for CHEO! website. You can also give a donation through our website. 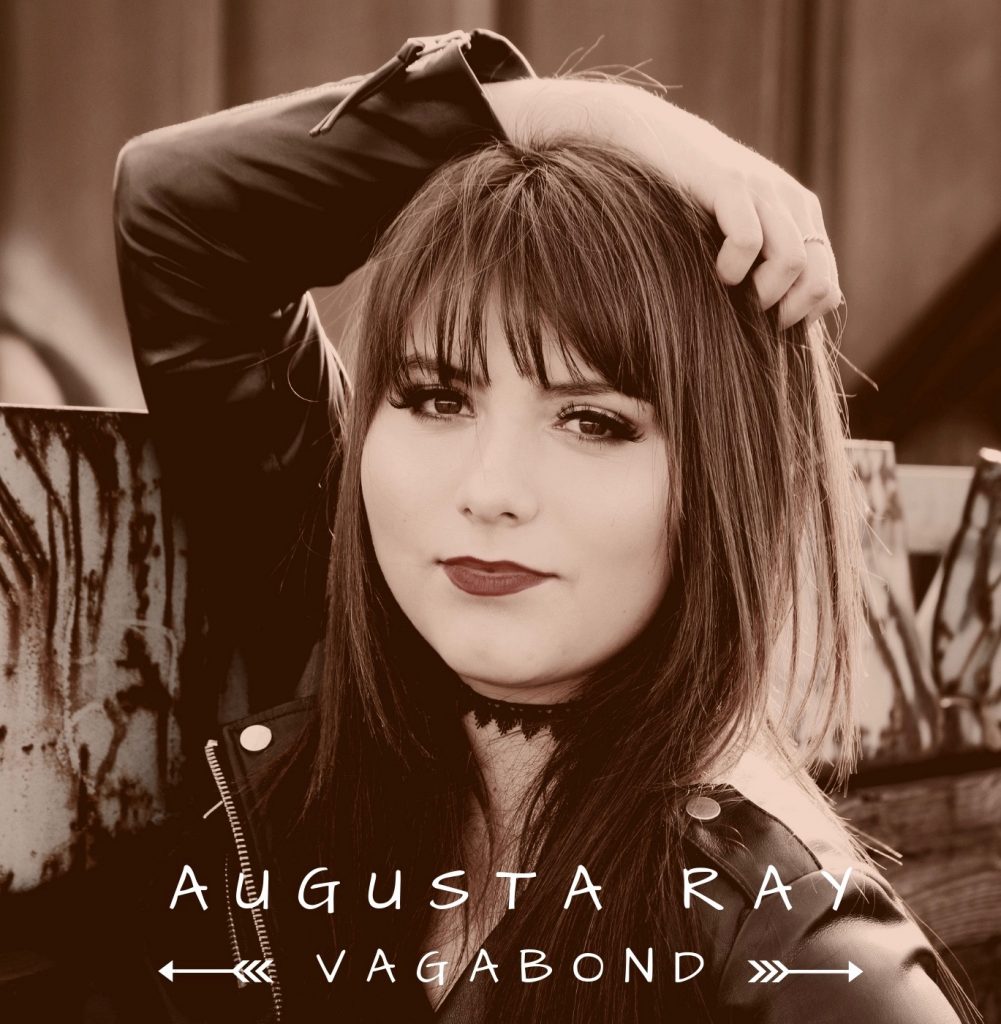 2018 was a jam- packed year for Canadian country/rocker darling Augusta Ray. The year was full of memorable moments. Two of Augusta’s 2018 highlights include joining Brett Kissel’s “We Were That Song Tour,” as the opening act, in Thunder Bay, ON, as well as being invited to join Tim Hicks on stage in Thunder Bay, ON, to perform a duet of his latest smash “The Worst Kind.”

Augusta’s latest release (January, 2019) entitled ‘VAGABOND,’ is a true testament to who she is as an artist, and person:

“I don’t write enough songs about myself” says Augusta. “Sometimes, I can be so focused on what everyone around me is doing, that I focus on being inspired by their lives, and forget that my life too can be inspiring/interesting enough to write a song about.

“Vagabond” was that song for me- the song that broke the curse of writing about other people’s lives. For anyone that doesn’t know me and my music, this is the perfect song to give you an introduction into who the heck I am.  To the travelers, and rolling stones that’ve been known to gather no moss, this song is for you!  And to those that have been too afraid to find love in a world that seems like it moves too fast sometimes … I wrote this for you! Here’s to all the “Stevie Nicks Enthusiasts’ that aren’t afraid to put a little rock ‘n roll in their country. Here’s to the Vagabonds just like me.” ‘VAGABOND’ is available for streaming and downloading everywhere, now!

My Bonnie Lass – A Musical by Johnny Reid, In Concert March 2nd 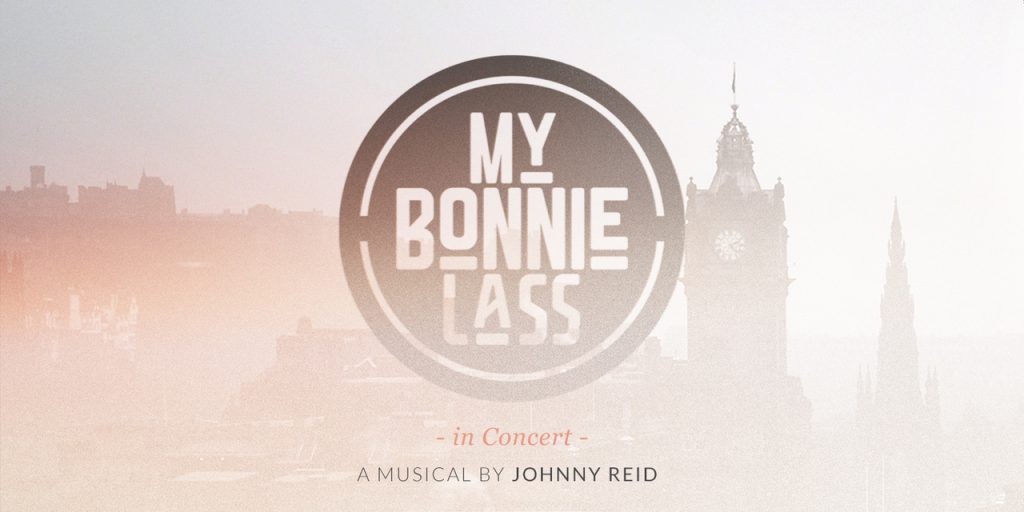 A presentation of My Bonnie Lass, a new musical from top selling recording artist and long-time Brampton, Ont. resident Johnny Reid, will be performed by students of Sheridan’s celebrated Bachelor of Music Theatre Performance program on Saturday, March 2, 2019.

Presented at the Rose Theatre in Brampton, Reid will introduce the musical before inviting the cast of 25 students on-stage to perform a concert-style version of the show. Reid will join in on a few of the numbers, ending with a finale of three songs from his chart-topping albums.

Reid co-wrote My Bonnie Lass with Toronto playwright Matt Murray. Set in post-war Scotland, the musical is a love letter from Reid to his grandmother, Maggie. It’s a celebration of the human spirit, the power of a mother’s love, and the way the women of her generation persevered. While the musical is still in development, fans of Reid’s music will not want to miss an opportunity to get a sneak-peak of this beautiful story told in Reid’s signature style.

My Bonnie Lass was originally workshopped in 2017 as part of Sheridan’s Canadian Music Theatre Project (CMTP), an international centre of excellence for the development of new musicals. Since the program’s inception in 2011, 24 shows have been incubated and continue their development. Five of these shows have enjoyed professional premieres, including Come From Away, which opened on Broadway in 2017, receiving a Tony Award for Best Direction and a nomination for Best Musical.

“We are proud to have launched this musical that tells the compelling story of Johnny Reid’s family in Scotland,” says Michael Rubinoff, Producing Artist Director for the CMTP. “Like Johnny’s extraordinary music and live performances, My Bonnie Lass is an exciting new musical that stirs the soul.”

Reid, a critically-acclaimed singer and songwriter, has captured the hearts of fans and audiences around the world, hosting multiple sold-out arena national tours throughout his illustrious career. He has released seven best-selling albums which have gone on to earn him several JUNO and CCMA Awards.

Tickets for the presentation go on sale for the Tartan Army on Wednesday, January 16, 2019 and for the general public on Thursday, Jan 17, 2019, and can be purchased at www.rosetheatre.ca.

Travelling to Nashville for music or song writing and need a place to stay? One of our members has a place for rent. 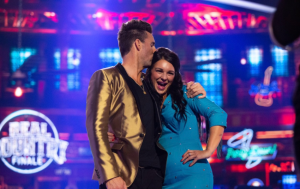 Singer/songwriter, Jaida Dreyer, has just added another accolade to her already long list of accomplishments, winner of the inaugural season of USA’s “Real Country.” The Thunder Bay/Nashville songstress was awarded the grand prize of $100,000 and will perform a set at Stagecoach Country Music Festival. On Dec. 11, representing Team Jake Owen, Dreyer took the spotlight for her final performance “Jack It To Jesus (Spray It To Hell),” a song which she wrote and was inspired by Country Legend, Loretta Lynn. The single is now available through all digital retailers. 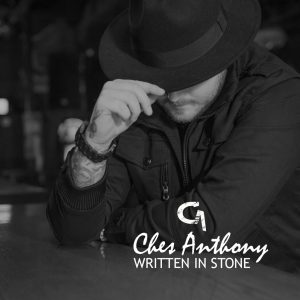 Ever since moving from Saskatchewan to Ontario in 2017 Ches Anthony has been busy making a name for himself as a performer and an artist both on and off the stage. Whether performing in front of thousands or simply playing an acoustic set in front of a few dozen fans, one thing is certain…everyone in attendance is guaranteed a great time.

On December 14, Ches celebrated his latest milestone, the release of his debut solo single “Written in Stone”.

Ches has this to say about the inspiration for the single, “Growing up in the country, in a very country bluesy kind of family, my folks always told me to stay true to who I am and stick to my roots. Back in that era of music, old 40s Delta blues, artists like Hank Williams and Howling Wolf spoke the truth from their hearts into their lyrics and I’ve always been big on putting my feelings and stories into song writing. That is where “Written in Stone” came from.”

Ches will be heading back to Nashville in early 2019 where he will continue to work on his debut solo EP set for release early in the New Year.