In The Country with Dave Woods: One On One With Alli Walker 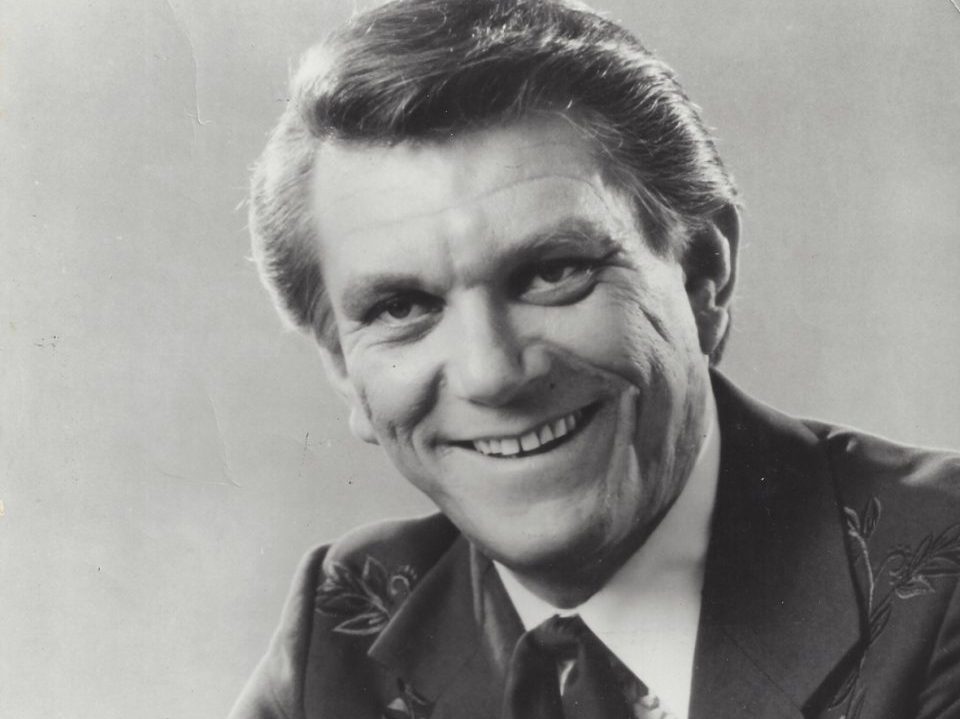 (#57 in the Ontario Pioneers Series) 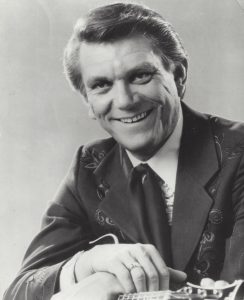 Tommy Hunter has affectionately been dubbed “The Country Gentleman”, thanks largely to a legion of fans he developed through his 27 years of hosting “The Tommy Hunter TV Show” on CBC-TV (1965- 1992). Many of the faithful who followed him on the television show also attended his concerts during his almost-annual tours across Canada. The TV show was unceremoniously cancelled by CBC after 27 years, to the dismay of his fans, who petitioned the CBC for its return, to no avail.

Several seasons of the show were also televised on The Nashville Network. At its peak in Canada, the show was drawing a weekly audience in excess of two million viewers, rivalling CBC’s Hockey Night In Canada as one of the big draws at the time. 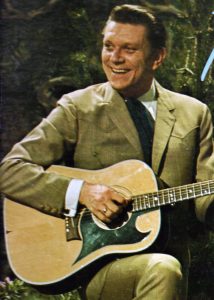 Prior to the launch of his own show, Tommy was part of the Country Hoedown TV Show on CBC from 1956 to 1965, which also featured the talents of Gordon Lightfoot, Tommy Common, The Hames Sisters, The Rhythm Pals and Red Shea.

Tommy Hunter was born March 20, 1937, in London, Ontario. As a youngster, he became enamoured with the country music of Roy Acuff and soon took lessons to play guitar. He bravely set out performing on stage locally and after a brief time living in Vancouver, he was invited to become a regular on the Main Street Jamboree in Hamilton, also touring with The Golden Prairie Cowboys. When CBC created their Country Hoedown show, Tommy Hunter was hired as a guitar player in the band but quickly moved to the front of the stage as a singer. 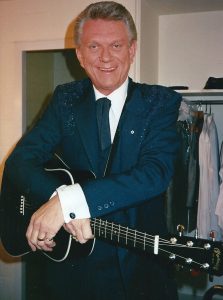 While hosting the television shows, Hunter also pursued a recording career, releasing a series of albums and singles over an interval of more than a quarter century. His first album for Columbia Records featured the single “Mary In The Morning”, which provided Tommy with his first, and only, appearance on the Billboard Country Charts in Nashville, earning a brief three week stay on the charts. He was, however, much more successful with his recordings on Canadian radio, placing 17 songs on the charts, eight of which were Top 10 hits, including a #1 hit in 1967 with his “Mary In The Morning” single.

Tommy Hunter’s second album for Columbia was highlighted by the song “Travelin’ Man” (written by Al Rain), which became a theme song for his TV show, as well as a signature tune for his recording and performing career.

Always in good hands in the recording studio, his albums were initially produced by Country Hall of Famers Frank Jones, Gary Buck and Jack Feeney. His 1989 album “The Anniversary Session” was produced by Gilles Godard and featured a duet offering with Nashville star Janie Fricke. Their duet single release “Couldn’t See The Gold” was a Top 20 hit in Canada. 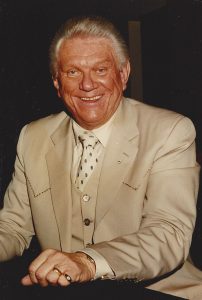 Hunter released albums on the Columbia, Polytel, RCA, Acclaim and BMG labels in Canada. In later years, while under the promotional guidance of Brian Edwards of the Rocklands Talent & Management Agency, he recorded a series of Classic Country and Gospel albums, produced largely for sale at his concerts and by mail order.

In 1985, Tommy Hunter authored his autobiography “My Story”, detailing his lifelong journey in country music… plus insights on less pleasant memories; like the time he and several music associates were accosted by gun-toting robbers in their Nashville hotel room.

In 2011, Tommy embarked on his “Farewell Tour”, spending that year reaching his fans in Western Canada and in 2012, saying goodbye to fans in the maritime provinces and Ontario, with the tour appropriately ending on his March 20th birthday in his hometown of London.

Unlike some “farewell tours”, Hunter vowed that his was indeed a final one. He commented: “I enjoyed every moment that I was on stage performing… but I am not going to miss it. My retirement is a permanent one!!”

Tommy Hunter was inducted into the Canadian Country Music Hall of Fame in 1984. He was appointed a Member of the Order Of Canada in 1986 and a similar appointment to the Order Of Ontario in 1996. In 1997, a street – “Tommy Hunter Way” – was dedicated in his honour in his hometown of London, Ontario.