Artist of the Month: Charissa 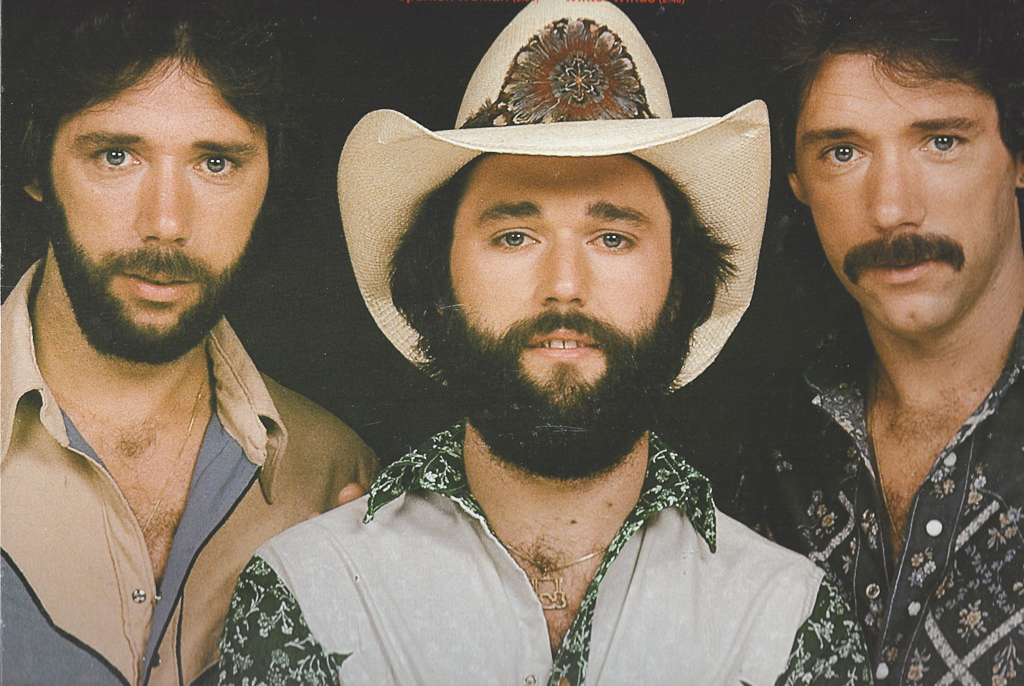 (#51 in the Ontario Pioneers Series) 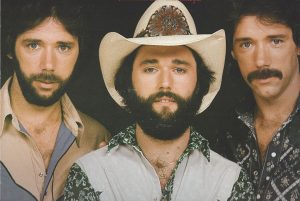 Twin brothers Bruce and Brian Good began their music career during the late 1960s folk music scene in Yorkville (Toronto) with the folk music group The Kinfolk, which also featured Bruce’s wife Margaret. Brian and Bruce later teamed up with James Ackroyd to form the trio, James & The Good Brothers. The act was part of the fabled “Festival Express” train tour across Canada, which also featured Janis Joplin, The Grateful Dead, The Band, Ian & Sylvia, etc.

The Good Brothers once listed their musical influences as from Hank Williams, Bill Monroe, Gordon Lightfoot, Ian & Sylvia; to the Clancy Brothers and The Grateful Dead… and indeed, a listen to any of their 20 albums will confirm these references. Growing up in Langstaff (Richmond Hill) and listening to their parents sing and play various instruments was just as potent in their musical upbringing.

In 1973, Bruce (autoharp) and Brian (guitar) brought in younger brother Larry Good (banjo) to form the group THE GOOD BROTHERS. The act debuted May 14, 1974, at The Riverboat club in Toronto, and has gone on to become one of Canada’s most durable and successful country/rock and bluegrass bands, winning eight consecutive (1977-1984) JUNO awards for Best Country Group. 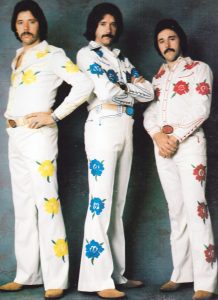 The Good Brothers have recorded albums for Columbia, RCA, Solid Gold, Savannah, Outside and their own Hogtown record label and have charted more than 20 singles, including 14 Top 20 hits on the RPM Country Charts. Throughout their recording legacy, Bruce and Brian Good have written and co-written many of their classic hit songs, including such favourites as “Some Kind Of Woman”, “Old Mullen’s Hill”, “Summertime”, “Gone So Long”, and many more. Their feisty cover versions of classics like “Brown Eyed Girl”, “Fox On The Run” and “Alberta Bound” have also become “signature” songs for The Goods. “Brown Eyed Girl” reached the #2 spot on the RPM Charts in 1981 – their best-ever chart entry.

In 1980, their album “The Good Brothers Live”, released on the Solid Gold label, a collection of 20 songs recorded in concert at Toronto’s Ontario Place Forum, the CNE Grandstand and The Coronet venue in Kitchener, became their first Gold Record, selling over 50,000 copies in Canada.

When Larry Good took an extended hiatus from the group in the early 90s to pursue a solo career, his spot in The Good Brothers band was filled by Bruce’s son Travis and for the next seven years, the group was billed as “The Goods”. When Larry returned to the fold in 2001, Travis partnered with his brother Dallas to form the alt-country/rock band, The Sadies.

The “reunion” of the original Good Brothers was celebrated with the release of their “One True Thing” album… along with the revelation that there was a fourth “brother”, George Good – owner of a bottled water business in Los Angeles and a longtime “mentor” from afar of his musical siblings, as well as being the Executive Producer of their 2001 “One True Thing” album… which, indeed, was “one good thing”.

The Good Brothers have constantly toured across Canada throughout their music career and have been making annual excursions to play clubs and concerts in several European countries. Their next visit overseas will mark their 41st tour across the Atlantic. 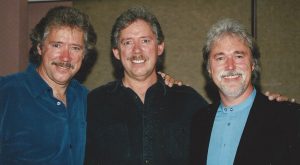 So… how does an act remain in the spotlight during a five decade-long career? Bruce Good, a recent cancer survivor, explained:- “We’re just very proud to have given Canada an act that has had some longevity. In this age of one-album record deals, and the “here today-gone tomorrow” mentality that exists with major record labels and other parts of the music industry, we look back at what we have achieved with our music, and we are very thankful for what has come our way. Music is the only thing we’ve ever wanted to do… and the whole family got to do it all of our lives…what a blessing!!”