Artist of the Month: Josh Ross 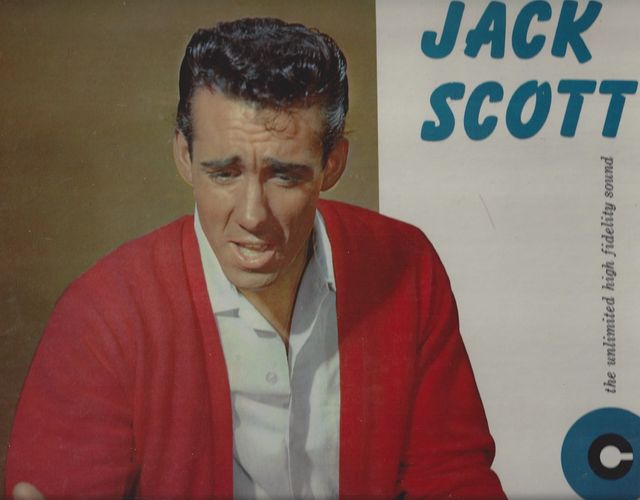 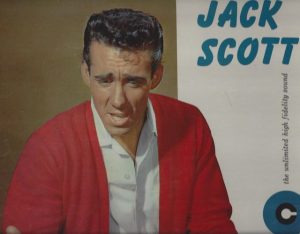 If you had the good fortune to be a radio listener in the late 1950s and through the 60s, you would have been treated to a steady stream of hit songs by rockabilly singer JACK SCOTT. Hit tunes like “Leroy”, “The Way I Walk”, “Goodbye Baby”, “Midgie”, “My True Love”, “Geraldine”, “Save My Soul”, “With Your Love”, “What In The World’s Come Over You” and many more, helped make Jack Scott one of Canada’s most recognizable voices with music fans around the world. What made that hit list even more impressive was that Jack wrote all those songs. 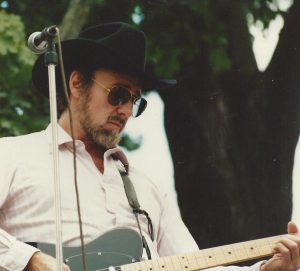 Jack Scott was born Giovanni Domenico Scafone, January 24, 1936, in Windsor, Ontario. At age 10, his family moved to Hazel Park – a Detroit suburb. As a teenager, he listened to and played “hillbilly” music. His interest in country music would be lifelong… but at the time, it was the “rock ‘n’ roll” era and Scott made his mark by mixing the “rock” and the “hillbilly” into his classic “Rockabilly” sound, earning his spot among other masters of that trend-setting style.

After launching his recording career in 1957 on the ABC-Paramount label, Jack Scott was signed to Carlton Records, with his 1958 double-sided hit, “Leroy and My True Love”; selling over one million records… and the hits just kept coming. Amazingly, he charted 19 Billboard hit singles within a three-year span. 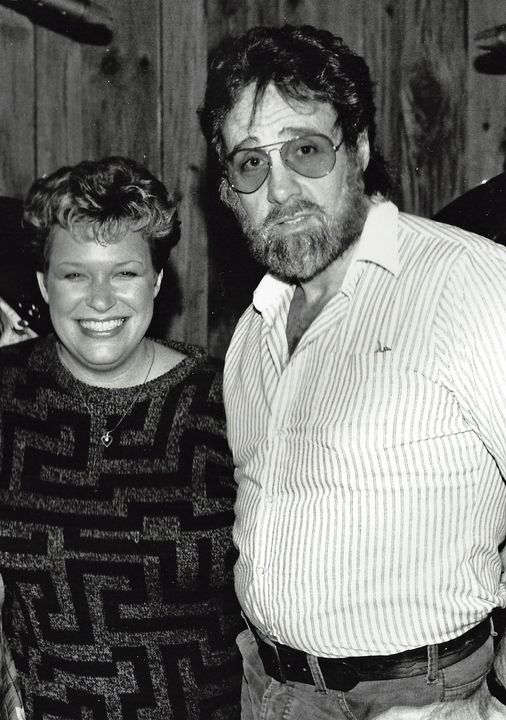 With all of the rock ‘n roll / rockabilly success swirling around his early career years, Jack did not lose sight of his roots. Following the release of his hit-filled album on Carlton Records, Jack Scott recorded the album “I Remember Hank Williams” on the Top Rank Records label. One of his first groups was named “The Southern Drifters” – again, in honour of his singing idol, Hank Williams. His early recordings also included a version of the Bob Nolan classic, “Cool Water”, popularized by The Sons Of The Pioneers. 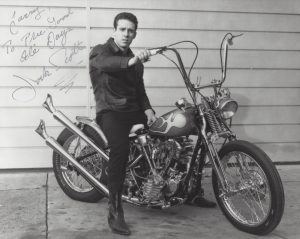 While there were many slow years after that early burst of hit records, Scott remained a popular figure in the music world. He had been featured on numerous occasions on the popular “Dick Clark’s American Bandstand” TV series; his song, “Goodbye Baby” was featured in the movie “Diner”. His hit songs were being recorded by more modern rockers, including Robert Gordon’s version of “The Way I Walk” (which was featured in the “Natural Born Killers” movie soundtrack) and Cliff Richard’s cut of “Save My Soul”.

The Jack Scott hit song, “What In The World’s Come Over You” has become a staple, being covered by Tom Jones, Johnny Lee, Sandy Mason, etc., and was a Top 10 Country hit for Sonny James. Nashville recording artists Anthony Armstrong Jones and Don Cox both recorded the Jack Scott song, “It’s My Way Of Loving You”. 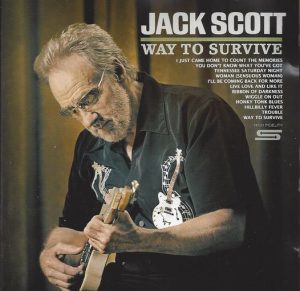 After a long hiatus from the recording studio, Jack returned in 1992 to record the duet “Best Of Love” with Canadian Hall Of Famer, Carroll Baker. Released on Tembo Records, their recording was re-issued in 1998, with the flip-side, “We Don’t Need Music To Dance”. Their musical collaboration was featured in a March, 1998, edition of Country Music News.

In 2015, more than 60 years after his initial recordings, Jack Scott recorded the album “Way To Survive” while visiting Finland during one of his frequent European tours, where his music was deemed the equal of any American rock ‘n roller. The album was a more country-styled outing and included the Hank Williams nugget “Honky Tonk Blues”, Gordon Lightfoot’s “Ribbon Of Darkness” and Scott’s own compositions, “Live Love And Like It” and “Wiggle On Out”.

Jack Scott was inducted into the Canadian Songwriters’ Hall Of Fame in 2011. Jack Scott passed away December 12, 2019, of heart failure. He was 83.