Buck Twenty Back With Release of “Cut Me Off” 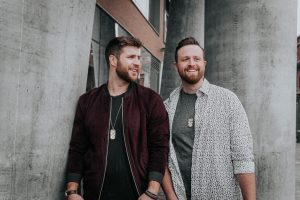 Coming Off Their First Top 40
After scoring their first Top 40 with their smash hit “All I Can Do” at Canadian Country Radio, Buck Twenty is back with their new single “Cut Me Off”. Small town Ontario boys, Mike Ure and Aidan Johnson-Bujold are excited to show their maturity and growth, as the new single delves into their personal experiences of breakups and coping with heartbreak that follows.
STREAM “CUT ME OFF” HERE
A new angle from Buck Twenty, but with the same powerful chorus and blended harmonies, “Cut Me Off” was recorded at Prevail Media Group in London, ON with ACM and Grammy-nominated Danick Dupelle, best known for his work as Lead Guitarist/Vocalist of Emerson Drive. Written by Josh Thompson (#1 Billboard Single “One Margarita”- Luke Bryan) Jordan Schmidt  (#1 Billboard single “Drunk Me”- Mitchell Tenpenny) and Jessi Jo Dillon (#1 Billboard single “10,000 Hours”- Dan + Shay, Justin Bieber).
On the track, the duo notes: “Cut Me Off shows a new side to our music. We’ve always been excited to release high-energy songs, but we want to start sharing more honestly with our fans. This means sharing not only in the highs but also in the lows. Our fans mean everything to us and we hope that this song can help anyone who might be going through a hard time.
With the release “All I Can Do” becoming an instant hit and landing at #36 on the Canadian Country Billboards and earning the reputation as one of the highest-charting independent releases of the fall, Buck Twenty continues to ride their momentum after receiving 4 CMA Ontario Nominations in 2021, for Single of the Year, Group or Duo of the Year, Music video of the Year and Rising Star Award. The duo were also finalists in the 2020 International Songwriters Competition. Accolades aside, Buck Twenty are no strangers to a live show and have shared the stage with the likes of Justin Moore, Randy Houser, Dan + Shay, Brett Kissel, Meghan Patrick, LOCASH, Michael Ray, Dallas Smith, Brothers Osborne, Jess Moskaluke, The Reklaws.
With new music on the horizon, Buck Twenty is surely a duo to look out for. For more information, visit www.bucktwentyband.com. 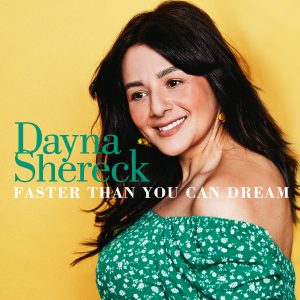 On May 11, 2021, Canadian and Toronto born and raised singer-songwriter Dayna Shereck, was the first published singer-songwriter in Canada, to drop a country music single as an NFT, also known as Crypto Art, in collaboration with prolific visual artist Cynthia Pechenick.

The song “Faster Than You Can Dream” co-written with well known producer Dave “Dwave” Thomson (credits include: Lady A, Trisha Yearwood, Aaron Pritchett) is a positive message as we endure the toughest stretch of the pandemic in the songwriter’s hometown of Toronto. “The song is about how change can quickly turn our lives around. More people are getting married, moving and starting new careers, people are not wasting time” says Dayna. “In reality the pandemic is showing us that technology is also changing Faster Than You Can Dream and NFT’s and the digitalization of the arts is a big part of that”.

The songwriter has released three EP’s “Suitcase Full of Dreams”, “Chasing the Moon” and “Triggered” over the past few years and has received radio play, including CBC Country and SiriusXM 171. Her co-written songs have been recorded by other independent artists, as well as having one of her song’s licensed for a film placement. The songwriter has also been a finalist in the International Songwriting Competition and was semi-finalist for three consecutive years.

Dayna’s NFT was dropped on rarible.com at the same time the song was released to radio and all digital networks. A :30sec. preview is available on YouTube: https://www.youtube.com/watch?v=8PHKSUT1Q2c

NFT Art are digital assets that represent a wide variety of unique tangible and intangible items, from collectible sports cards to virtual real estate and even digital sneakers using blockchain technology. NFT Art are unique collectible tokens that are permanently tied to, for instance, digital artworks and music. They cannot be separated, the token is the art. 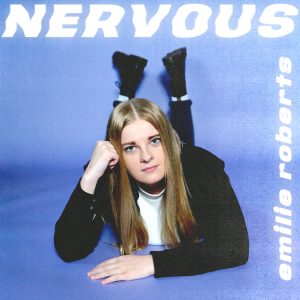 Canadian country pop singer/songwriter Emilie Roberts releases brand new single “Nervous”.  “Nervous” is a song that people can relate to. The song is about when you see your crush and want to talk to them but you get extremely nervous around them.  Emilie is a unique artist as her music is country with pop influences. The song has a great beat and catchy lyrics. “Nervous” was produced by Jordan Honsinger and written by Madeline Merlo, Emma Lee and Jimmy Thow. 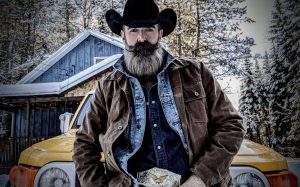 DRAKE JENSEN, Nova Scotia born and acclaimed Nashville recording artist, releases a tribute to renowned Canadian singer songwriter Lennie Gallant with a cover of the 2006 hit Pieces of You.

The track is the second single to Jensen’s upcoming 5th studio album, ICONIC, following the release of the highly successful cover of Corey Hart’s mega hit Never Surrender in early 2021. In addition to two Lennie Gallant covers, it will include versions of other iconic Canadian songs from Gordon Lightfoot, Anne Murray, Leonard Cohen, Bruce Cockburn, and Rita MacNeil.

“Drake Jensen has once again transformed a well-crafted song into a country-pop hit, bolstering the melodic hooks and the poignant lyric with his unique vocal style.” (Vince Leigh, BMA Magazine)

Drake Jensen’s 2011 debut album On My Way to Finding You, recorded on Nashville’s Music Row, marked the start of an exciting chapter in this Glace Bay native’s music career. Writing in Music Row Magazine, Robert K. Oermann called the album ‘…unmistakably country but with a certain sonic majesty and terrific, multi-layered production finesse.’

In 2012, Drake’s career took off following the phenomenal success worldwide of a YouTube video of the album’s title track. His second Outlaw album followed, which included the smash Scars, focusing on the darkness that often accompanies victims of bullying. 2015 saw the release of Drake’s third album, Retro with his interpretation of Everytime I See Your Picture earning him praise from renowned Canadian rock icon Luba, who called Drake a “maverick” in the industry. In 2016, his album Sideshow was released with the lead single Wherever Love Takes Us bulleting into the Top 40 Country Charts in Australia. Jensen’s single, Burn the Floor released in May of 2020, was a huge hit at Australian Radio and was voted “Video of the Year” by fans of the site Country Queer.

It’s a longstanding event as part of Country Music Week, and one of the most beloved. It’s where we hear the stories behind the songs, and get inspired by the artistry behind the craft. It’s the CCMA Songwriters’ Series – and you could be a part of it.

Each year, the CCMA solicits submissions from its members who excel at the craft of songwriting and want to share their stories with audiences during our annual event.The 2021 CCMA Songwriters’ Series, as part of Country Music Week in London, ON, will feature three sessions. Each session will showcase eight (8) artists; four (4) of whom will be selected from submissions received, and four (4) of whom will be decided upon by a CCMA-appointed talent advisory committee made up of impartial industry members.Submissions received for the 2021 CCMA Songwriters’ Series will be reviewed by an impartial industry-led jury and successful applicants will be notified of their opportunity to showcase as part of the event this spring.Deadline for submissions is Friday, May 21, 2021 at 2:00pm ET, (no exceptions).