Submit for Your Chance to Perform: Music Cities Exchange

Ottawa-based country rockers, River Town Saints, released their brand new track just in time for Valentine’s Day. “You Get To Me” is at Country radio and all digital and streaming platforms now.

“You Get To Me” was recorded at Toronto’s Nobel Studios with renowned producer Jeff Dalziel (Nelly Furtado, Chantal Kreviazuk).

“’You Get To Me’ has all the elements we love to record and perform live. It is high energy, has a great melody and just spoke to us when we first heard it.” – lead singer Chris Labelle

Sirius XM And CCMA Launch Top Of The Country

Sirius XM has announced the launch of SiriusXM’s Top of the Country music competition. A partnership with the Canadian Country Music Association (CCMA), it will offer a national platform exclusively for emerging Canadian country artists.

Once participants representing Western, Central and Eastern Canada have been selected, the competition will not only offer the emerging artists big prizes but will showcase them on a national stage through a public online vote open to all Canadians.

After close to half a century of serving his community, “Mr. Orillia”, Jack Latimer hung up his headphones, with his last broadcast on Wednesday February 14th 2018.

Jack had been on air weekday mornings in Orillia since 1993, but he actually began his career more than two decades earlier as a high school football reporter for CFOR. It wasn’t long before he landed a full time gig, just down the highway at CKMP in Midland.

In 1973 he moved back to his hometown radio station where he remained on air for seven years before moving into the ranks of management. Those adventures took him to Timmins and North Bay, and for a time he even ran several newspapers in Simcoe County. But he couldn’t stay away from the microphone in his beloved hometown of Orillia and he rejoined CFOR as morning host in 1993, where he’s remained for 25 years.

Jack saw the station through various ownership changes and transitions to EZ Rock, then Jack FM, and finally KICX 106.

Jack is heavily invested in his community serving with various committees and local groups including The Lighthouse, Terry Fox Run, Relay for Life, Soldiers Memorial Hospital Foundation, and Sports Hall of Fame to name a few. He’s also found the time to launch a very successful real estate career which will continue after he retires from radio.

For all of us that have had the pleasure of working with Jack we will be sad to see him go but we don’t know anyone more deserving of some relaxation. He will be forever remembered by all the young artists he has helped over the years, providing encouragement, airplay and perhaps most importantly, honest advice for their career.

(Washington, DC) – The CLASSICS Act (Compensating Legacy Artists for their Songs, Service, & Important Contributions to Society Act) was introduced in the U.S. Congress on Wednesday by a bipartisan group of Senators.

If passed, the law would close a flawed loophole that leaves classic artists out of the federal copyright system. Currently only sound recordings made after 1972 receive payments from digital radio services under federal law.

This decades-old loophole has denied federal copyright protection to legacy artists who recorded music before the arbitrary cut-off date of February 15, 1972. The result is that artists are subjected to a patchwork of state laws. The CLASSICS Act fixes this loophole by creating a new federal intellectual property regime to cover these pre-1972 recordings. The legislation is a companion bill to the version introduced in the U.S. House of Representatives last year, and is supported by scores of artists, as well as a wide array of stakeholders from across the music and Internet communities.

SoundExchange would distribute royalties for pre-72 recordings played by internet, cable, and satellite radio services just as it does for post-72 recordings.

An exciting, engaging celebration of touring performing arts, Ontario Contact is a gathering of those working in the sector. This three-day conference is an opportunity for networking, sharing information and seeing the work of artists wishing to tour.

Apply at IWantToShowcase.ca by March 15th for your chance to perform at Ontario’s premiere performing arts showcase.

This year’s Ontario Contact will be held from September 13-15, 2018 at the FirstOntario Performing Arts Centre, St. Catharines.

Drake Jensen in UK  to Take Part in Book Launch: “David Bowie Made Me Gay : 100 Years of LGBT Music”

In September 2017, Drake Jensen traveled to London UK to attend the launch of the book “David Bowie Made Me Gay : 100 Years of LGBT Music”.  Drake, along with his Husband/Manager Michael Morin, have been included in the chapter on Country Music.  Jonathan Edwards, Jensen’s Producer, Guitarist, and longtime friend; also attended the event.

Mr Jensen, along with other prominent LGBT Artists, held a discussion panel on the subject of being an LGBT Music Artist.

The event was covered by high-profile media including the BBC, as well as Gay Star News, a prominent LGBT publication based in London with a worldwide reach.

“LGBT musicians have shaped the development of music over the last century, with a sexually progressive soundtrack in the background of the gay community’s struggle for acceptance. With the advent of recording technology, LGBT messages were for the first time brought to the forefront of popular music. David Bowie Made Me Gay is the first book to cover the breadth of history of recorded music by and for the LGBT community and how those records influenced the evolution of the music we listen to today.

David Bowie Made Me Gay uncovers the lives of the people who made these records, and offers a lively canter through the scarcely documented history of LGBT music-makers. Darryl W. Bullock discusses how gay, lesbian, and bisexual performers influenced Jazz and Blues; examines the almost forgotten Pansy Craze in the years between the two World Wars (when many LGBT performers were feted by royalty and Hollywood alike); chronicles the dark years after the depression when gay life was driven deep underground; celebrates the re-emergence of LGBT performers in the post-Stonewall years; and highlights today’s most legendary out-gay pop stars: Elton John, Boy George, Freddie Mercury, and George Michael. “ (Source: Amazon.ca) 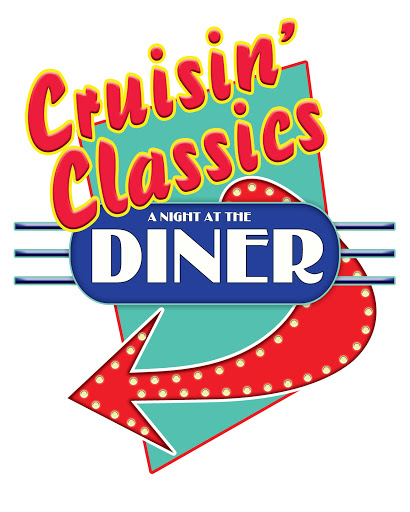 For some, my name might be new but I’ve been in the music business since the early 70’s. Chances are we both know some of the same people. Since the early 2000’s I’ve been creating “production shows” and had the opportunity to work with some amazing people – some you might know as well. This is a great summertime opportunity for you to sing some great music, play with some of
the best musicians in the business AND make a decent living. Don’t think that “this isn’t for me” because you might miss a great opportunity. I’d like to hear/ see you so don’t delay – if you can get to us today, all the better. We’ll be making decisions very soon.

SHOW TITLE: CRUISIN’ CLASSICS – A NIGHT AT THE DINER
PRODUCTION COMPANY: RGAMedia Inc.
NON-UNION / All Auditions will be recorded

CONTRACT INFO: The Show will tour for a total of 10 weeks made up of 5 x 2 week “sit-down” schedules in 5 venues, all in Central Ontario running consecutive weeks starting June 24, 2018 through September 1, 2018. Successful auditionees will receive housing; weekly pay as well as weekly food allowance. The Producer does not provide transportation.

SYNOPSIS: A CONCERT SHOW WITH NARRATIVE – faced with the prospect he may be forced to sell his beloved Diner,
the Owner recollects the music and the lives of the kids that made up his life journey – from the early Rockin’ sounds of Bill
Haley to the beautiful ballads of Brenda Lee – the music that defined the lives of the Baby Boomers comes to life as he
reminisces what for many were the years when life was a little simpler – great memories and great hit songs seamlessly
woven with stories that will tickle your funny bone and touch your heart. MUSIC: Hit songs between 1955 and 1963

AGE RANGE: Performers range 19+yrs / characters play as “teens” (must be over the age of 19)
HAIR: long enough to wear in a ponytail but talent will prevail over hair length

AGE RANGE: Performers range 19+yrs / characters play as “teens” (must be over the age of 19)
HAIR: Must be willing to style short hair as though growing up in the 50’s

We’ll be making decisions VERY soon so get back to us right away!

The show will play country music from the past, present, and future, showcasing local, Canadian, and International Independent and Major Country Artists.  At least 40% will be Canadian Content.  There will be the availability of on air interviews and artist showcasing. 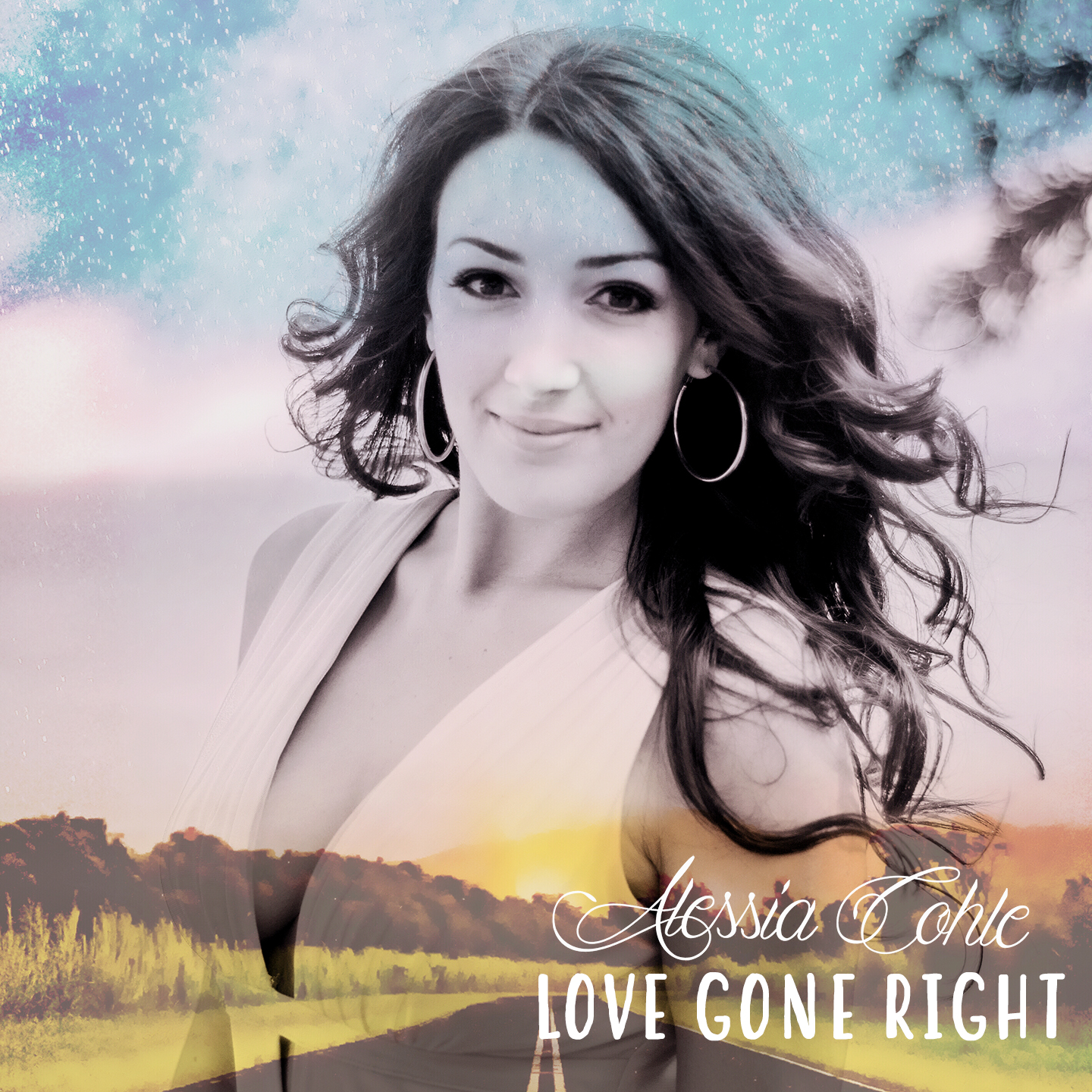 Released in time for Valentine’s Day, the song is one that anyone seeking love can relate to, as the punchline to the chorus emphatically claims, “I’m ready for some Love Gone Right”. The single is currently going for adds at Canadian Country radio and is the follow-up single to “Wanderlust”, which has over 25000 streams on Spotify and the video, directed by Tim Deegan (Leah Daniels, Eric Ethridge), currently has over 10,000 views on YouTube.

Alessia was the runner-up in the Next Country Music Star competition, was voted fan-favorite in the Lucknow’s Music-in-the-Fields Emerging Artist Showdown and recently named a finalist in the 22nd Annual USA Songwriting Competition for her song “Talk To Me”, co-written with Douglas Romanow and Adam Searan. “Talk to me” is the title track to Alessia’s debut album that was released in 2016.

Vancouver B.C. based Pitbull Radio Promotions is pleased to announce the launch of a new global playlist promotion division, targeting streaming platforms such as Spotify and Apple Music.

“We have expanded our team to address the incredible opportunity that streaming provides for increased awareness and diverse creativity.” said Adrian Lock, Director of National Promotions, Pitbull Radio Promotions. “We are very excited to offer this critical and highly strategic service to the Canadian market.”

No Support for the Canada Music Fund in Budget 2018