In The Country with Dave Woods: One On One With Genevieve Fisher

The initial inspiration for the tune came from a message Chase received on Facebook from a lady whose grandmother had recently passed away and she had just finished cleaning out her home. She told Chase that the hardest thing to do was taking the family photos down off the walls. That got Chase thinking about his own experience going through that process, and it wasn’t long before the song started to take shape.

Recorded in Nashville, “Taking Pictures off the Wall” is a true “4 Chords and the Truth” type of Country song. Chase says, “working with musicians who record with the likes of Luke Bryan, Faith Hill, Carrie Underwood, Taylor Swift, Garth Brooks just to name a few, is absolutely awe inspiring and truly a privilege for me. Their skills and instincts are so strong that they don’t need a whole lot of direction, and they nail it every time”.

Chase said, “When it came time to shoot the video I wanted to make sure we included a photo of my paternal grandmother. She was my mother’s mom and sadly I never knew her. There was never much known about her but I recently discovered that she got married and gave birth to my mom at the age of 16. A year later she gave birth to my aunt and sadly, just 2 years later she died at the age of only 19. I wanted to use the video to honour her memory”.

“Taking Pictures off the Wall” is now available on Spotify, Apple Music and YouTube. 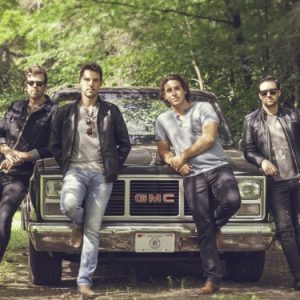 Sakamoto Agency, fresh from a second win at the CCMA Awards for Booking Agency of the Year, has added Ontario’s River Town Saints to its roster. Managed by Tina Simpkin, Sakamoto’s Carla Hackman will be the Responsible Agent.

As an economic development agency, Ontario Creates’ priority is to support the growth and development of business entities that are focused on driving commercial growth and creating job opportunities within the province of Ontario. The core objective of the AcceleratiON program is to invest in new and emerging Black- and Indigenous-owned music businesses that demonstrate high potential for economic and cultural impact.

Funding will be provided to successful applicants in the form of direct business and creative development investments ranging from $2,500 to $20,000 to self-identifying Black- and Indigenous-owned businesses that generate the majority of their revenue from music-based activities.

Artist-entrepreneurs that are expanding their vision to incorporate any of the above business models (beyond their solo/group’s career) may also be considered. 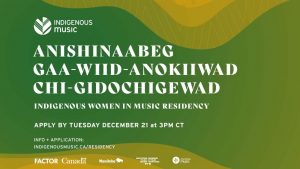 Indigenous Music is now accepting applications for the Indigenous Music Residency (IMR; formally AMP Camp). The week-long residency offers mid-career Indigenous women and gender minority recording artists an opportunity to develop their business skills, artistic abilities, and basic production experience. Running virtually on March 14 to 16, and in-person on March 20 to 25, 2022 at the Elkhorn Resort Spa & Conference Centre in Riding Mountain National Park in Treaty No. 2, Central Manitoba, IMR will invite up to 10 women-identifying, trans, and gender non-conforming Indigenous recording artists from across Canada to participate. The project is led by Manitoba Music in partnership with the Canada Council for the Arts.

Anishinaabeg Gaa-Wiid-Anokiiwad Chi-Gidochigewad means “People Who Work Together to Learn Music” in Anishinaabemowin, has been shared by Gina Nepinak from Pine Creek First Nation. 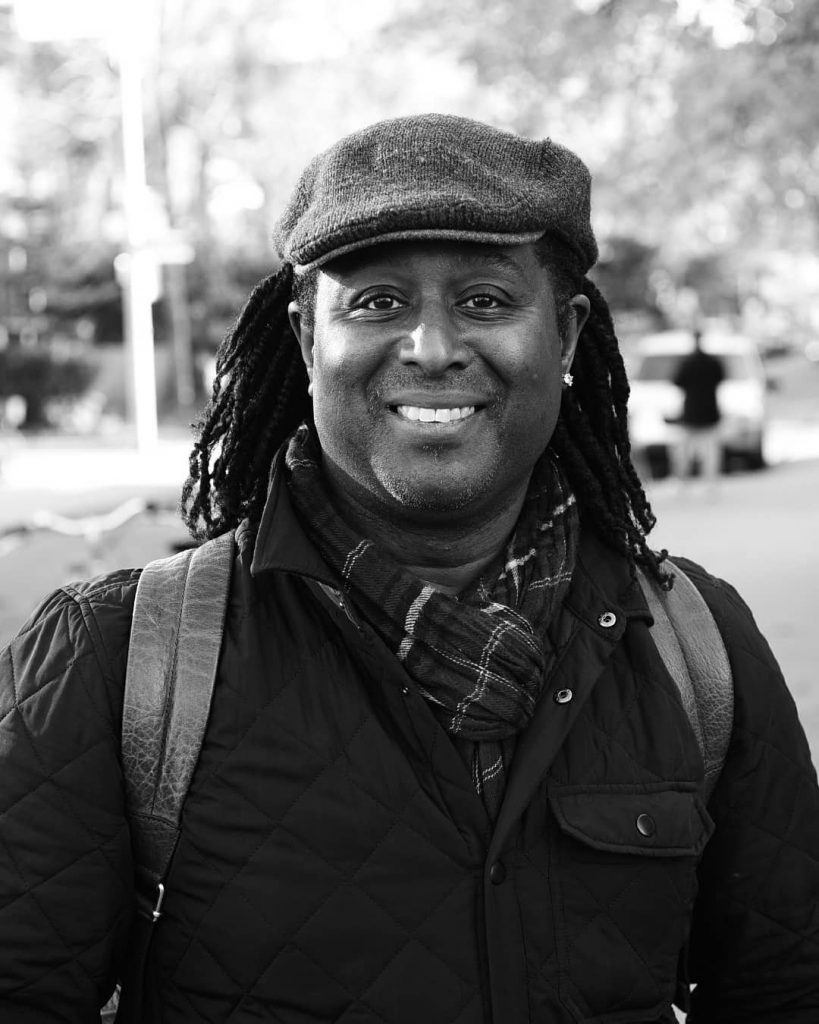 Rudy Blair celebrates the five-year anniversary of Rudy Blair Entertainment Media and announces the launch of his new brand and the expansion of two new interview platforms which include a podcast series and new email interview series.

“This is a very special time for me. To think that I would have my own entertainment platform for five years and to be able to do the things I’ve done, meet and interview the people I have and be at the places I’ve been, is truly an honour,” said Rudy Blair. “I could not have done it without the support from everyone out there. I say a big thank you to you all and I am looking forward to all of us traveling together for the next 5 years on this journey I call Rudy Blair Entertainment Media.”

Rudy has been working in the music and entertainment industry for over 30 years as a reporter, host, MC, radio and television personality, and broadcaster and is best known for his 23 years at 680 News Toronto as the Music and Entertainment Reporter where he interviewed some of the biggest artists in the industry including Beyoncé, Tim McGraw, Ed Sheeran, Lauv and many more.

With a staggering nine thousand interviews under his belt, Rudy has covered incredible events including The Grammys, The JUNO Awards, The Much Music Video Awards, The Canadian Screen Awards, The Genies, The Geminis and Canada’s Walk of Fame. He has also appeared on several television shows, reporting for CityNews, his own Rogers Television show, and has won several awards and honours for his work including 16 Radio-Television News Digital Association National and Regional Awards.

Rudy has introduced new email interviews for fans to enjoy and revamp his current video interview series, now called “The Scoop”. The new email interview series, “Breaking Out” keeps you up to date on the hottest emerging artists, talent, personalities and the best in exciting new businesses and will launch in the coming weeks. “The Scoop” video interviews bring exciting conversations right to your home from the best entertainment discoveries to conversations with celebrities, icons, business leaders and more. Rudy’s intimate sit downs with guests each week will leave you wanting more.

In addition to the revamp of his current video interview format, Rudy will be launching a new Podcast series, “In The Mix with Rudy Blair.” The Podcast will be long form and feature your favourite artists, actors, and personalities every other Wednesday. It will bring you exciting music news, behind the scenes stories, and a peek into the entertainment industry. The podcast is slated to launch in the summer of 2022.

Rudy’s new projects are a continuation of his amazing work done in the past to help promote music, arts and entertainment acts, charities and Canadian businesses.

November and December has seen Marshall Dane release three new songs to radio and streaming platforms including: “Body Language”, a reflective look back on past relationships where in hindsight, body language said it all; “Mister Christmas”, an ode to a local man with a love for Christmas; and “It’s Christmas Time”, a fairy tale Christmas duet with Alyssa Pridham.

Videos for each track are available on Marshall’s YouTube channel. 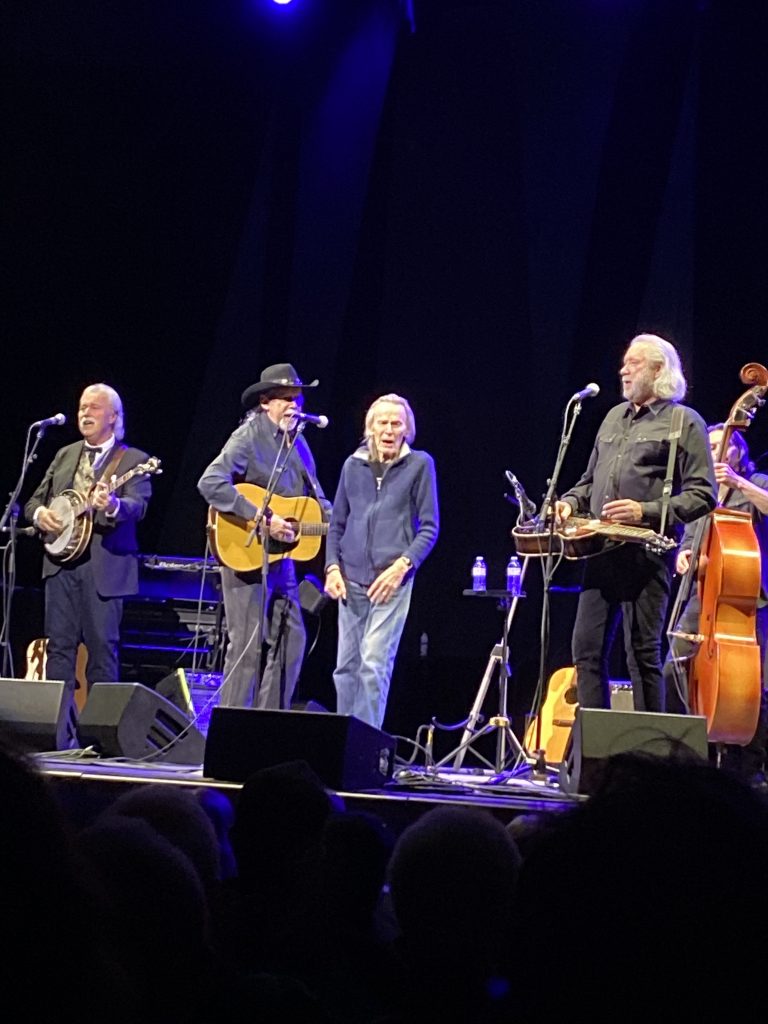 The Good Brothers, Bruce, Brian and Larry, were invited by Gordon Lightfoot to be part of the grand opening of the newly renovated Massey Hall in Toronto.

The brothers have toured extensively with Mr. Lightfoot throughout their near fifty-year friendship, but as Bruce says, “This gig is truly special as it is a piece of Canadian music history and is indeed an honour.”

They kicked off the show on Saturday, November 27th.