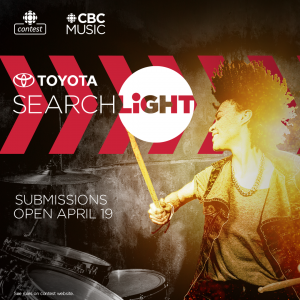 On April 12, CBC announced an expanded version of its annual musical talent search, CBC MUSIC’S TOYOTA SEARCHLIGHT 2021, featuring additional prizing for the Top Five acts and a larger grand prize to help kickstart the finalists’ music career, courtesy of Toyota Canada, the National Music Centre, Play MPE global music promotion and Allan Slaight JUNO Master Class. Launching Monday, April 19, the Top Five and grand prize winners, as selected by a combination of public votes and an industry panel, will be announced on CBC Radio One’s Q with Tom Power on Tuesday, June 22. Canadian artists are encouraged to submit an original song across any genre to CBC MUSIC’S TOYOTA SEARCHLIGHT 2021 contest at CBCMusic.ca/searchlight between April 19 – May 3, 2021.

The winner of CBC MUSIC’S TOYOTA SEARCHLIGHT 2021 will earn a grand prize package tailored to take an artists’ career to the next level. This year again includes a five-day residency at Studio Bell, home of the National Music Centre, with access to recording studios, professionals, and a historic instrument collection that spans more than 450 years of technology and innovation. New to this year, the grand prize winner will receive a curated full-service, global music promotion distribution campaign for one release (single or album) from Play MPE. Additionally, Toyota Canada is providing $2,500 worth of studio recording time and $2,500 worth of music equipment. More information on prizing for the four runners up provided by Toyota Canada and Play MPE can be found here. 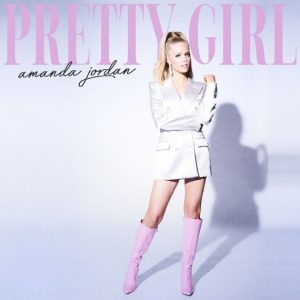 Country music singer/songwriter Amanda Jordan has released a new video for her latest single ‘Pretty Girl’. The video is produced by CCMA 2018’s producer of the year Jeff Dalziel (Jim Cuddy, Lights, Brett Kissel, The Washboard Union). The song tells the story of a girl, who is a lot more than her looks, and who is asking the world to not judge a book by its cover.
Amanda has been singing since she was 2 years old. An emerging, independent artist, she left her native Smith Falls, ON for Nashville, TN, where she is pursuing her music career.
‘’This song is fun but has a serious message. It’s something I want young women to belt every word to in their car and really believe in what it’s saying,’’ said Jordan.
In 2019, Jordan released her first single “Driving in The Dark”, cowritten with Platinum song writer Phil Barton (Tim Hicks, Meghan Patrick, Washboard Union, Lee Brice) and hit songwriter Jason Matthews (Luke Bryan, Trace Adkins) and produced by CCMA, JUNO and Grammy award-winning producer Jason Barry (Jason Blaine, Dean Brody). Jordan is currently in the studio working on new material.
Watch the video here. 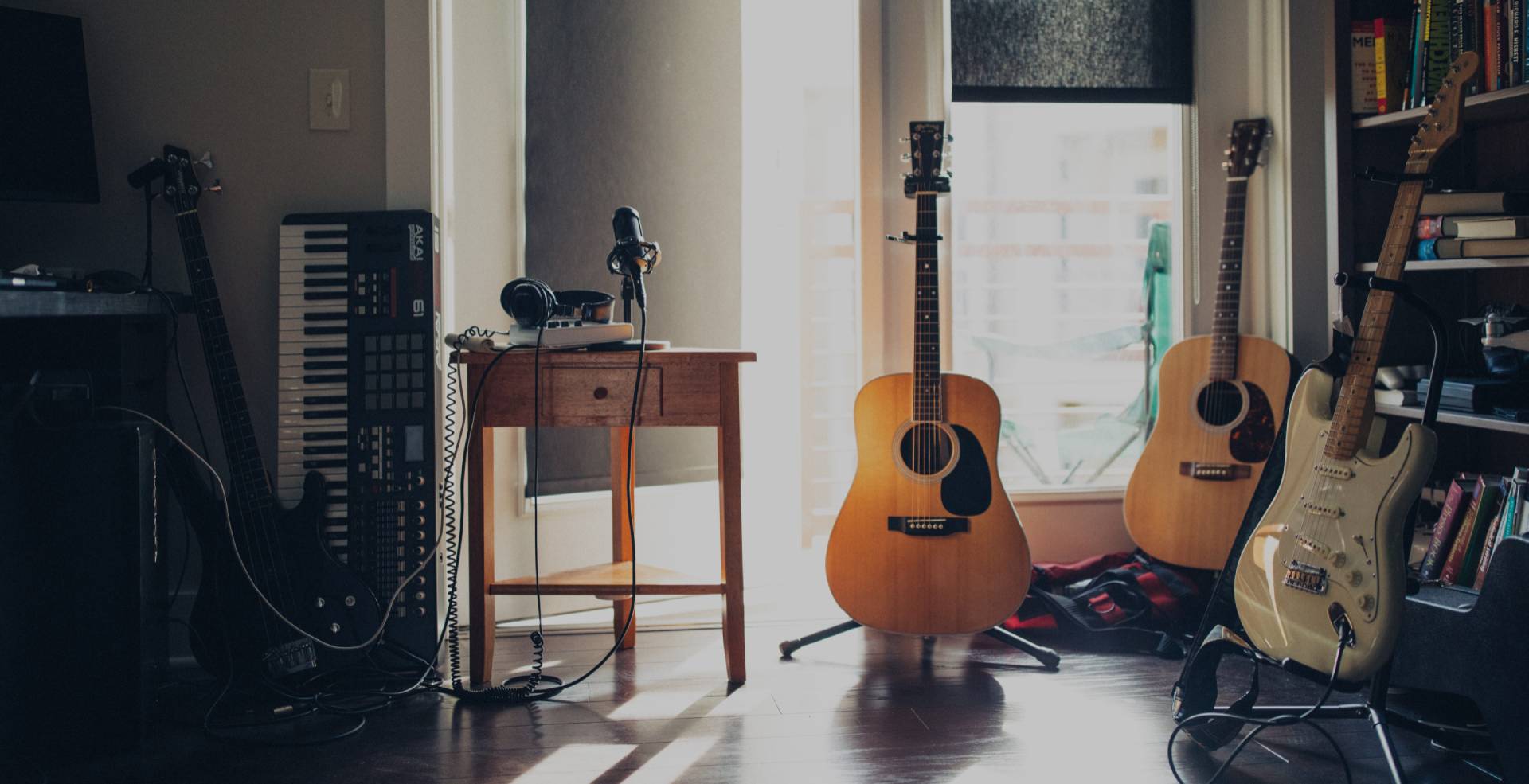 SOCAN members will now be able to receive performance and reproduction rights royalties from free and ticketed online concerts on more digital platforms for one-time live digital broadcasts and copies of music.

For qualifying free online concerts, including those on Facebook Live, Instagram Live, YouTube and Twitch, $75 will be distributed to acts supplying set lists to a maximum of 30 concerts per quarter per performer. The funds will be distributed to the music creator and publisher rights holders of the music performed. More digital platforms will be added as they become licensed with SOCAN. 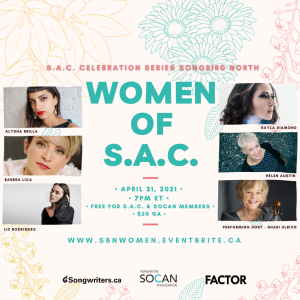 Hosted by JUNO Award winner Shari Ulrich, the Celebration Series Songbird North Women of S.A.C. unites women in music and invites the inspiring songwriters to share the inspiration behind their songs and the stories for an incredible night of performances, storytelling and music.

The virtual concert will be from 7-9pm EDT and general admission tickets are $20. Tickets are free for all members of S.A.C., SOCAN, and any Canadian Music Industry Associations. Tickets are available to be purchased here.

Additional information about the Celebration Series Songbird North Women of S.A.C. may be found here. 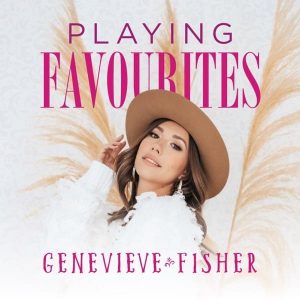 CMAOntario member Genevieve Fisher’s latest single has achieved a milestone seldom seen for an independent country artist – “Playing Favourites” is her 8th single to chart in the Top 50. That list includes “Outta Towners” (2019), “Take It On Home” (2017), “You Me We” (2017), “Night In Night Out” (2014), “Bad Enough” (2013), “Shut Down This Day” (2013) and “July” (2012). As of the writing of this news piece, the song has just entered the Top 40, so the story continues. That’s not the only growth Genevieve is tracking these days. On the heels of the release of “Playing Favourites”, she and husband Brian Shaw welcomed new son Harrison Robert to the family on February 12th of this year.