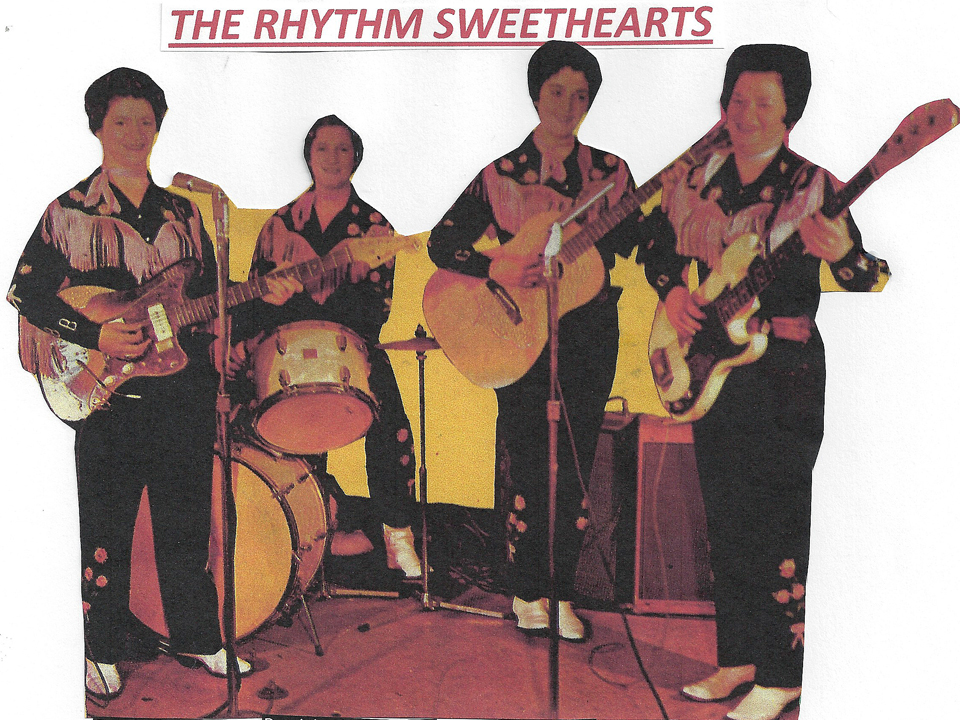 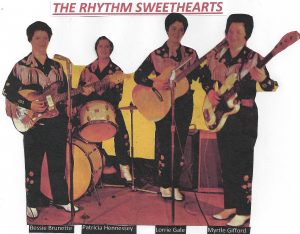 The early days of Canadian country music were predominantly the domain of male country singers and musicians… there were very few star female performers, and indeed, it was rare to find an all-girl act on the Canadian country scene. That male stranglehold on the genre was first challenged in the mid-50s by The Rhythm Sweethearts, a Toronto-based female foursome, who became a marquee name on the Ontario country scene, and beyond. 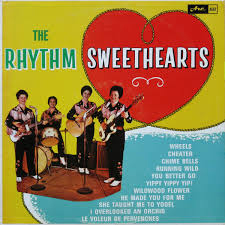 The group first started out in 1953, with Myrtle Gifford and Bessie Brunette, soon adding Patti Jo and Lorrie Gale to complete the band. They toured the club scene across Ontario and Quebec extensively, often providing back-up support for country legends of the day including Dusty Owens, Lee Moore, Wilma Lee & Stoney Cooper, Wilf Carter and Hank Snow; and were featured as special guests on WWVA in Wheeling, West Virginia. One tour took the ladies all the way to Thule, Greenland, where they entertained at Air Force bases.

At the height of their career, The Rhythm Sweethearts became the house band for 1-1/2 years at the famed Horseshoe Tavern in Toronto, providing back-up support for many of Canada’s and Nashville’s top touring acts of the day.

In the mid-1960s, The Rhythm Sweethearts recorded an album for Arc Records, produced by Ben Weatherby, the label’s renowned in-house Producer. The album featured a selection of country standards, yodel tunes and instrumentals, as well as one song performed in French. Although none of the material charted nationally, the album was popular with fans of the group and earned some radio airplay. 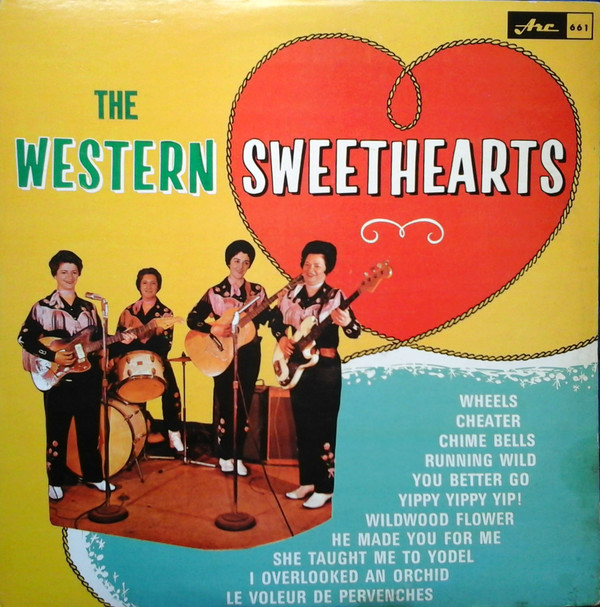 Their Arc Records album became something of an oddity. Originally, the album was released under the group name The Western Sweethearts. There is no reference as to why the album was re-issued as The Rhythm Sweethearts; possibly because the label incorrectly printed the name on the first release of the album or the original name conflicted at the time with the U.S.-based recording act, Ann Jones & Her Western Sweethearts. Regardless… The Rhythm Sweethearts soon became the darlings of the country music scene here in Canada.

The Rhythm Sweethearts retired from the music scene in 1972. Sadly, Myrtle Gifford (1929-2015) and Patricia Hennessey (2012) have now passed on. Despite best efforts, we have not been able to trace Bessie Brunette and Lorraine Gallant, both of whom had been living in Toronto. We invite our readers to share any updates with us.