Artist of the Month: Robyn Ottolini 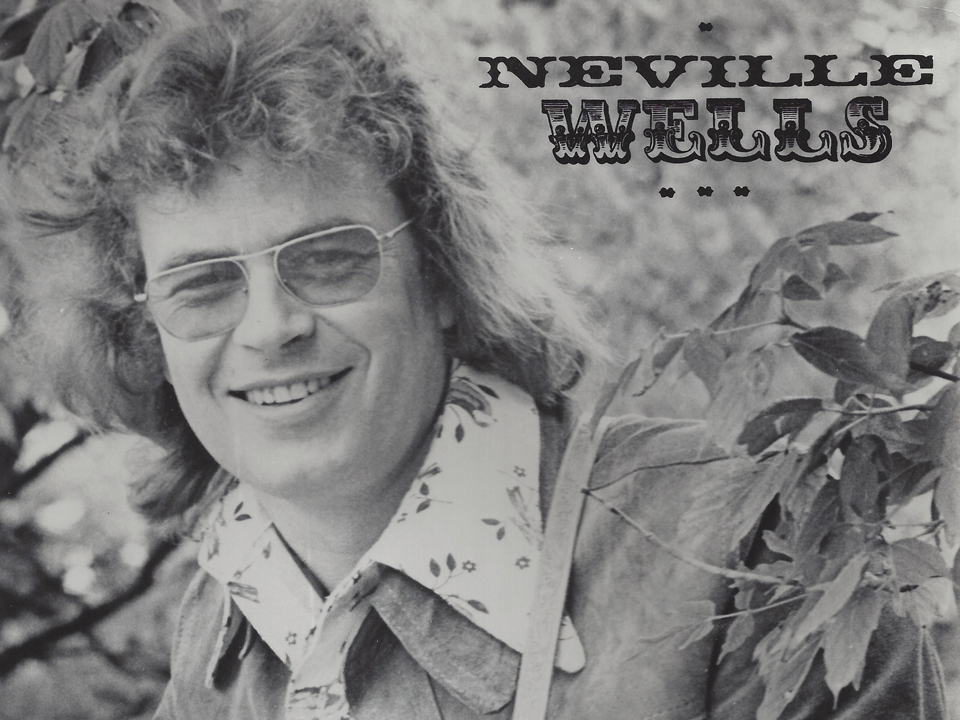 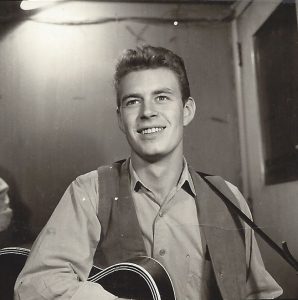 Neville Wells is one of Canada’s most accomplished country music artists, and he has achieved his career status with relatively little fanfare. While carving out a career as a recording artist, songwriter, performer… he later provided the Canadian country music industry and fans with a monthly newspaper that would become “The voice of country music in Canada”.

Born in 1940 in St. John’s, Newfoundland, the Wells family moved to Ompah, Ontario, a small town in the Ottawa Valley, when he was a youngster. He soon developed a keen interest in music and as a teenager, performed in local dance halls and special events, influenced initially by the music of Hank Williams, Carl Smith, Webb Pierce and others of that time. In 1959, he moved to Ottawa and while attending Carleton University, became a part of the folk music scene, teaming up with Peter Hodgson in the duo Nev & Pete. They quickly became a featured attraction at the famed Le Hibou club in Ottawa and opened for Ian & Sylvia at the Capitol Theatre (Dec. 6, 1963). The Nev & Pete duo then became part of the group The Children, a collection of Ottawa-based singer/musicians that also included such notables as Bruce Cockburn, David Wiffen, Sandy Crawley and Richard Patterson. In addition to playing the local coffee house circuit, they were the opening act for a Rolling Stones concert (April 24,1965) in Ottawa and later for The Lovin’ Spoonful at Maple Leaf Gardens in Toronto. Incidentally, Peter Hodgson would later become Sneezy Waters, remembered best for his touring stage show and film: “Hank Williams – The Show He Never Gave”. 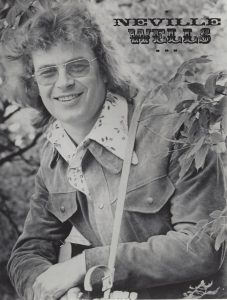 By the early 1970’s, country music was taking hold and Neville Wells developed a loyal fan following with his original songs and vocal styling. His debut single, If You Will See Me Through, was released in 1972 on the Arpeggio label, peaking at #30 on the RPM Country Charts. In the mid-70’s, he was back in the studio with Dallas Harms producing a series of hit singles, including an updated version of If You Will See Me Through, as well as charted singles Alone Again With My Flat-Top Friend, Please Don’t Mention Her Name, But I Was Younger Then, You Can’t Quit Now and Your Memory Hasn’t Left Me Yet. The national interest he generated with his music led to frequent cross-Canada tours with his band Sweetwater, as well as guest appearances on several Canadian country TV Shows, including Carl Smith’s Country Music Hall and The Family Brown Show. 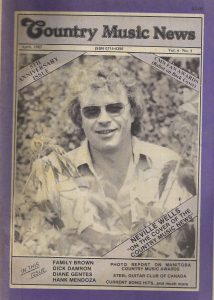 In 1978, Neville Wells was instrumental in the launch of The Ompah Stomp; an outdoor festival that featured a cross-section of the top Canadian and Nashville country music stars. The festival ran for 18 successful years.

Neville Wells was also key to the introduction of the Country Music News Fan Awards, with the inaugural event staged May 1, 1983, at a gala awards show staged at the National Arts Centre in Ottawa. The event featured artists from all provinces across Canada and was considered the prototype for national Awards shows (i.e. CCMA Awards, etc.) that followed. 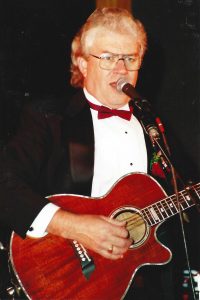 In recent years, Neville Wells has remained active on the Ottawa Valley music scene, including a stint as a vocal member of the group Bytown Bluegrass. His voice is also heard on several of the “Christmas in the Valley” album projects, and on a multi-artist release by the Ottawa Valley Country Music Hall of Fame. He has contributed vocal entries to the Terry Carisse album A Gospel Gathering as well as a Bill Hawkins tribute album and has also found time to re-record some of his original hit songs, along with new material, on his album: But I Was Younger Then.