In The Country with Dave Woods: One On One With Matt Teed

Artist of the Month: Alli Walker 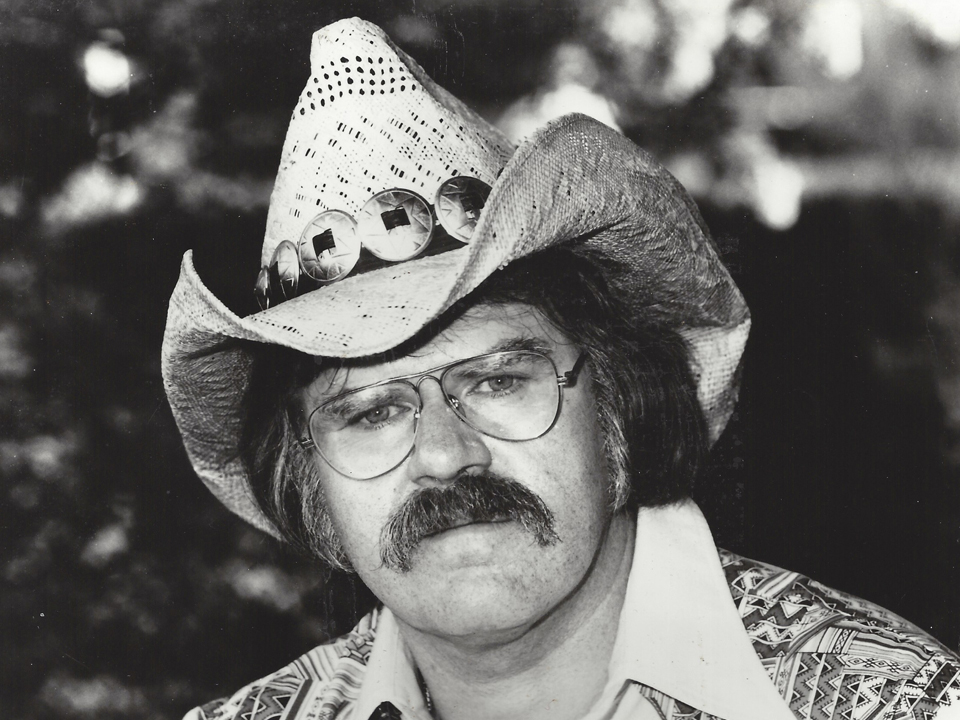 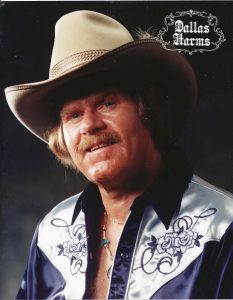 Dallas Leon Harms was born July 18, 1935, in Jansen, Saskatchewan, and moved to Hamilton, Ontario as a two-year old with his family. He began playing the local music scene in the mid-1950’s and was a frequent guest performer on the popular radio/TV series Main Street Jamboree. While working The Flamingo Club in Hamilton in 1957, Dallas met and performed with then-rising-star Conway Twitty, and helped introduce Ronnie “The Hawk” Hawkins to the local club scene. His friendship with Hawkins would later result in Dallas Harms paying tribute to the rocker with the song “Rockin’ The Hammer”; “The Hammer” referring to the steel-town of Hamilton.

As a touring act, Dallas Harms worked country clubs and festival events from coast to coast in Canada and made regular guest appearances on all of the popular Canadian country TV shows during the 70’s and 80’s. Harms was Canada’s representative at the International Country Music Festival in Nashville, performed in New Zealand and toured clubs and music halls in England, including a 1980 appearance at the famed Wembley Country Festival. 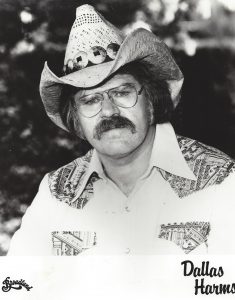 Dallas Harms launched his recording career with singles released during the 60’s on the Caledon, Quality and Sparton labels, but it wasn’t until 1972 that he made his chart debut with the single In The Loving Arms of My Marie, which peaked at #8 on the RPM Charts. He would go on to score another 18 charted singles for Columbia, Broadland and RCA.

In 1975, Dallas Harms released the first of his five career albums – a package produced by Gary Buck, which was highlighted by the album’s title track, Paper Rosie, a song that has since become a Canadian classic. Through Gary Buck, the Paper Rosie song was pitched to Frank Jones, a fellow Canuck who, at the time, was heading up the A&R Department for Capitol Records in Nashville. Jones brought the song to Gene Watson, who recorded it in 1977 and watched it skyrocket to #3 on the Billboard Country Charts. That Dallas Harms – Gene Watson connection would see Watson record six more of Harms’ songs, including the Top 10 hits, Cowboys Don’t Get Lucky All The Time and The Old Man And His Horn. 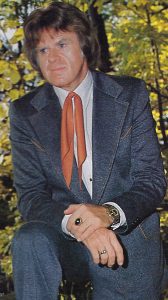 The song Paper Rosie has also been recorded by Nashville artists George Hamilton IV, The Osborne Brothers, Don Walser, and by numerous Canadian artists. Gene Watson’s version can also be heard on the soundtrack of the Eddie Murphy / Nick Nolte movie Another 48 Hours; and Watson’s version of Cowboys Don’t Get Lucky All The Time is featured on the soundtrack of the Hollywood movie Convoy. In 1978, Nashville recording star Billy Walker scored a Billboard chart hit with the Dallas Harms song, A Violin That Has Never Been Played.

Dallas Harms’ four Broadland Records albums, released from 1975-1980, were all produced by Gary Buck and all the songs were written by Harms. His fifth album, released in 1982 on RCA Victor, was produced by Mike Francis. The album yielded three Top 10 singles, including the #1 hit, Honky Tonkin’ (All Night Long). His “Best Of” album was also released in England on the Westwood Records label. 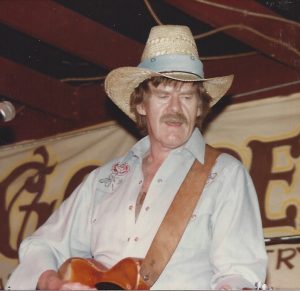 Dallas Harms’ talents went beyond the studio – he was also a gifted photographer and creative artist, designing his own album jackets as well as LP packages for Orval Prophet, Artie MacLaren, Cathy Chambers, Lee Warren and others.

Dallas Harms has earned many accolades for his songs and recordings. He won Single of The Year in 1975 (Paper Rosie) and 1976 (Georgia, I’m Cheatin’ On You) and 1978 Album of The Year (The Fastest Gun) in the RPM Big Country Awards. He was named CCMA’s Producer of The Year in 1983 and 1984, and Record Industry Person of The Year in 1984. Dallas was presented with a Lifetime Achievement Award at the Hamilton Music Awards in 2016; and in 2018, his classic song Paper Rosie was inducted into the Canadian Songwriter’s Hall of Fame.

Dallas Harms was inducted into the Canadian Country Music Hall of Fame in 1989.