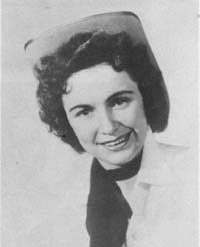 Terry Parker is something of a “Mystery Lady” in Canadian country music. She earned the title of “Canada’s Yodeling Sweetheart,” and was the inspiration for many Canadian female vocalists that followed in her footsteps… yet very little is known about this talented country pioneer.

Born Theresa Pacaud, July 21, 1933, in the small Ontario town of Val Gagne (near Timmins), she became “Terry Parker” when she launched her music career. One of Terry’s favourite artists at that time was Patsy Montana, fondly remembered for her yodeling singing style, and Terry began emulating her musical mentor’s vocal delivery. Terry began performing at various venues in Northern Ontario and eventually made her way to Toronto in order to pursue her career at the professional level.

After working the Toronto club scene, she was ‘discovered’ by Cliff McKay, who invited Terry to audition for his CBC-TV program Holiday Ranch. Terry was quickly hired to become a regular on the national network show, debuting on January 25, 1955. Soon after, Terry became a much in-demand artist, guesting on such shows as The Crang Plaza Jamboree (Downsview), The Circle B Jamboree, The Main Street Jamboree (Hamilton), The CKNX Saturday Night Barn Dance (Wingham), The Circle 8 Ranch Hour, The Hometown Jamboree, The OK Jamboree (Cornwall), and many other outlets. A guest appearance on the Don Messer Jubilee TV show also brought Terry in front of a national audience. In addition to her frequent guest appearances on radio and TV shows, Terry was also a featured vocalist in a Hamilton-based group headed up by Dave Folkes, working a steady gig at The Jockey Club. 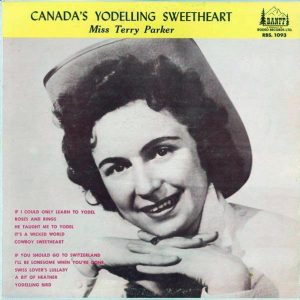 Terry Parker’s recording career began in the early 1960’s with the Rodeo/Banff Records release of the album “Canada’s Yodelling Sweetheart – Miss Terry Parker” (the album title mis-spelled Yodeling, using two “l’s”). The album was highlighted by such tunes as the Patsy Montana signature song I Want To Be A Cowboy’s Sweetheart, as well as If I Could Only Learn To Yodel, Yodeling Bird, and He Taught Me To Yodel, which was issued as Terry’s first single. The album was subsequently re-issued, with several different selections, to the U.S. marketplace, where Terry’s music was now being widely accepted.

A follow-up album, “Terry Parker – The Yodeling Sweetheart” (this time correctly spelled “Yodeling”), was issued on the Rodeo/ Banff label. It contained such nuggets as Chime Bells, Mocking Bird, Wide Rolling Plains and The Yodeling Leprechaun – the latter also released as a single. Selections from both of her Rodeo/Banff albums were later re-issued on the label’s subsidiary, Canadian Cavalcade.

Terry Parker’s recordings were also featured on several Various Artists albums, with her song He Taught Me To Yodel included on the mid-60’s Rodeo/Banff album, “16 Great Songs By Great Canadian Artists,” while her 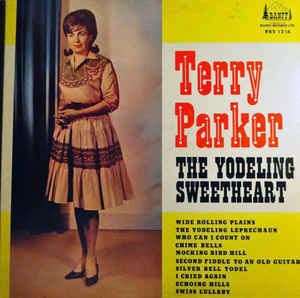 Terry Parker, now long retired and soon ready to celebrate her 86th birthday, is living in Montreal, where she married Rene Lalonde, a highly decorated Canadian Judo Champion. In a recent interview acknowledging the 60th anniversary of Rene Lalonde’s Silver Medal win in the Canadian Judo Championships, Mr. Lalonde commented about his physical fitness…”my wife (Terry) is just like me: at 85 she can still do chin-ups… I can’t do that anymore.” Safe to say that Terry Parker, “Canada’s Yodeling Sweetheart,” lives on!!