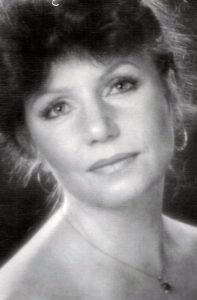 Mary Bailey earned early experience as a child performer working the Ontario music scene, including guest appearances on the Earl Heywood Show (Wingham) and The Ken Soble Amateur Hour Show (Hamilton). By her early teens, she put the entertainment world on hold, and later, began working as a jewellery fashion designer and Ontario regional manager for the Sarah Coventry Jewellery company. During this time, Mary developed keen skills as a songwriter and by the mid-1970’s, was signed to a recording contract with RCA Victor (Canada), releasing several singles, which earned national airplay and chart positions from 1976-79. These early career hits resulted in a 1977 nomination for Best New Female Artist and led to guest appearances on several Canadian country TV shows.

Mary Bailey’s 1977 Top 40 RCA single, Mystery Lady, earned her recognition as “The Mystery Lady Of Canadian Country Music”, taking full advantage of the promotional identity by following up with the independent release of an album, entitled Mystery Lady. 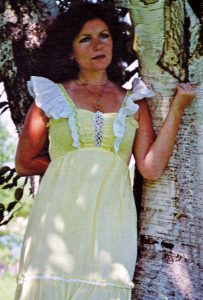 In 1979, Mary Bailey (with husband Robert J. Kasner) founded the E&R Records label to release her recordings. Bailey charted several singles from her E&R album Think of Me, including the self-penned 1981 release Too Much Too Little Too Late, which reached #84 on the prestigious Billboard Country Hit Charts in the USA and #14 on Canadian hit charts. Other singles that hit Canadian country charts included Talk to Me Loneliness, Somebody Else and covers of the pop classics Pretend and Sincerely. Mary Bailey also teamed up, in 1985, for the duet single release If Not for Love, with Albert Hall (aka Chris Hughes, the then-President of the Canadian Country Music Association). Her success as a recording artist resulted in Mary becoming a popular guest on several of Canada’s top country music television shows, as well as a special guest appearance at the 1982 Wembley Country Music Festival in England.

As a songwriter, in addition to her own singles and tunes featured on her two albums, Mary Bailey was also co-writer on the Silver & Degazio recording Red Flags Up. Her co-writing credits include several songs penned with fellow Canadians Eileen Twain (Lange), Rhonda Silver and Cyril Rawson. 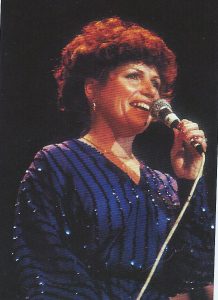 By the mid-1980s, Mary Bailey put aside her own music career to help launch the career of Canadian rising star Eileen Twain, someone that Bailey had befriended and mentored during Twain’s early childhood years. At the time, Twain was welcomed into the Kasner home in Kirkland Lake, Ontario. As a manager, Mary Bailey was eventually able to connect Eileen Twain with frontline contacts in the Nashville music industry, and soon afterwards, superstar Shania Twain emerged to become one of country music’s all-time top selling artists. After Shania was signed to a major recording deal with Mercury Records and inked to high profile Nashville management and promotional contracts, Mary Bailey stepped aside. Her involvement in Shania Twain’s success became virtually unrecognized, although Shania has publicly proclaimed that “Mary Bailey’s passion for her music was a huge influence on me… and she still is.”