In The Country with Dave Woods: One On One With Brooklyn Roebuck 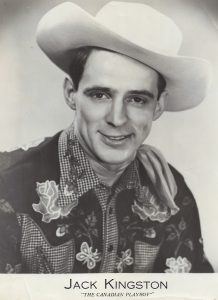 As a youngster, Jack Kingston sang in church choirs in his hometown of St. Catharines, Ontario and by his late teens, was performing on CKTB radio (St. Catharines) and formed the country band The Kingston Brothers with his brother Alex Kingston and friend Alex Dalgleish. After the break-up of the group in the late 1940’s, Jack Kingston joined the Wingham, Ontario-based CKNX “Traveling Barn Dance”, where he was nicknamed “The Yodeling Cowboy”. 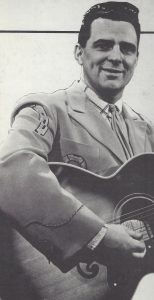 By the early 1950’s, Jack Kingston became the first Canadian country artist to be signed to Capitol Records (Canada), releasing two singles. Soon afterwards, Jack Kingston became a member of the famed Main Street Jamboree – a radio show aired across Canada. After the advent of national TV networks, the show was later produced at CHCH-TV studios in Hamilton. With his national exposure and success, JackKingston soon became known as “The Canadian Playboy”. By the late 1950’s, Jack had moved on to Sparton Records, where he released a series of nationally aired singles. His recordings were also released in the USA on the Starday and Arrow record labels.

In addition to his popularity on Canadian stages, Jack Kingston also toured and appeared on major U.S. shows, including: The Grand Ole Opry in Nashville; The Louisiana Hayride; The Ozark Mountain Jamboree in Springfield, Missouri; The Big D Jamboree in Dallas, Texas; the WLS National Barn Dance in Chicago and the WWVA Wheeling Jamboree in West Virginia. 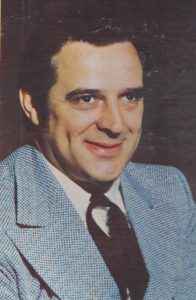 As a recording artist, Jack Kingston released albums on the Birchmount and Marathon labels; and a 28-song retrospective CD, “The Canadian Playboy-Pickin’ & Singin”, was issued in 2010 by the British Archive of Country Music. Many of the songs recorded by Jack Kingston were original tunes he had written, with several of them relating to special events on the Canadian scene, including: “How Far Is She Now?”, a songcelebrating Canadian swimmer Marilyn Bell’s 1954 crossing of Lake Ontario; coal mining disaster songs such as “Springhill Mine Explosion” and “Miracle Of Colliery Two”; and “The Noronic Disaster”, a song about the 1949 fire aboard a cruise ship docked in Toronto harbour.

As a songwriter, Jack Kingston has 78 songs listed on the BMI Song Registry, including numerous co-written songs with fellow Canuck Wally Traugott – most notably, their composition “Snowflake Breakdown” recorded by Don Messer, Al Cherny and Johnny Burke. Jack Kingston’s song “CNR Special”, originally recorded in 1958, was popularized more recently by Canadian Hall Of Fame group The Good Brothers, who included a version of the classic song on their “Live at the Rattlesnake Saloon” album, recorded at the famed music hall in Munich, Germany.

Notwithstanding Jack Kingston’s pioneering and ground-breaking achievements as a Canadian country music performer, he still awaits long-overdue recognition with induction into the Canadian Country Music Hall Of Fame.

Jack Kingston’s son, Bobby Kingston, has followed in his father’s musical footsteps, heading up his own country band based in Las Vegas, Nevada, and recording several CD’s in recent years.