In The Country with Dave Woods: Best of 2016 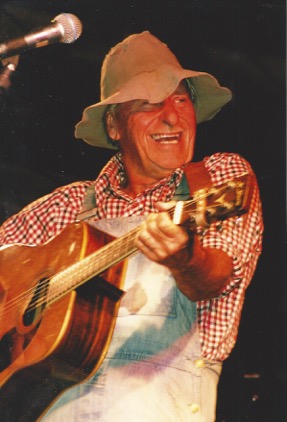 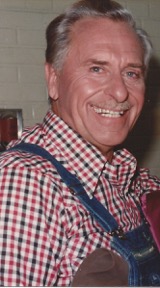 Gordie Tapp, a legend in Canadian country music, even though he has had few record releases to speak of, passed away December 18, 2016, at his home in Burlington, Ontario. He was 94. Tapp, who was equally known as “Cousin Clem”, is best recognized worldwide for his comedy character skits performed on the long-running “Hee Haw” TV series taped in Nashville studios. 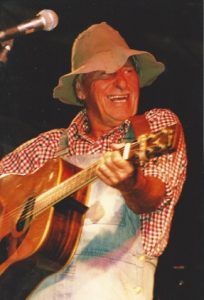 Gordie Tapp was born June 4, 1922 in London, Ontario. His early years were spent as a member of the Main Street Jamboree, one of Canadian country’s most popular radio shows. He then moved on, becoming a regular on the CBC’s Country Hoedown show, which aired for 13 years before transitioning into The Tommy Hunter TV Show, which became a staple on Canadian television.

The creators of the “Hee Haw” series were the Canadian-born team of John Aylesworth and Frank Peppiatt, both familiar with the odd-ball humour of Gordie Tapp and Canadian-born actor/comic Don Harron (aka Charlie Farqhuarson). They invited the two Canucks to become regular members of the “Hee Haw” cast. Gordie Tapp was featured in many comedic character roles on “Hee Haw”, including Cousin Clem and Gaylord (a character he first created during the Main Street Jamboree years). He also played the “manager” of the Kornfield Kounty General Store; the lazy husband in “The Naggers” (a segment shared with Roni Stoneman); “The Old Philosopher” (a Mark Twain clone); and he was one of The Culhanes, a sofa-ridden family bunch of whiners. Tapp was also frequently featured in the show’s Pickin’ & Grinnin’ segments with co-hosts Buck Owens and Roy Clark. 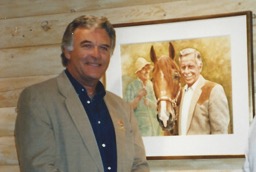 As a recording artist, Gordie Tapp found success in the early 70’s with singles released on Columbia Records, including “Nobody’s Singing Them Cowboy Songs”, which earned a Top 10 spot on Canadian Charts in 1971; and the single “Many Others”, which reached #44 in 1972. Other singles included “That Same Old Feeling”, “We’ve Been Loving Too Long” and “Don’t Let The Good Life Pass You By”.

In 1980, Gordie Tapp recorded the album “Both Sides – Live at the Grapevine Opry” in Grapevine, Texas. The album was released on the ASR label with one side of the album featuring his comedic repertoire and the other side his country material. In 1983, he released the single “I’m Doin’ Fine” on the Tibor Records label – a tribute song about the plight of the beleaguered farmers of the day. In recent years, Gordie Tapp had been active as a special host for various events, cruises and tribute shows. His comedic side continued to entertain fans of all ages. Tapp was also seen on Canadian TV ads, most notably while hyping the “Ultramatic Bed”. 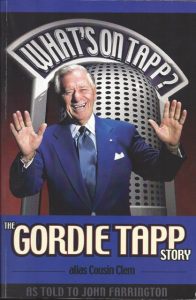 Gordie Tapp’s multi-decade career of entertaining fans has been rewarded with his induction into the Canadian Country Music Hall Of Fame in 1990. He was the recipient of the prestigious Order Of Canada in 1998 and the Order Of Ontario in 1999. His hometown of Burlington, Ontario, named a local roadway, “Gordie Tapp Crescent”. In 2007, his biography, “What’s On Tapp – The Gordie Tapp Story” was authored by John Farrington.