In The Country with Dave Woods: One On One With Emily Clair

Artist of the Month: Gabrielle Goulet

As a 16-year-old in her hometown of Sudbury, Ontario, Anita Perras made her recording debut featured on the Cheyenne Records LP Irwin Prescott & Friends, performing the songs Please Mr. Star and For The First Time. During her formative music career years, Anita often crossed paths and shared stages with another

rising Canadian artist: Shania Twain. In the late 70’s, Anita met and married songwriter Tim Taylor (of Bowmanville, Ontario) and they teamed up to form the duo Tim Taylor & Anita Perras (the act was also frequently billed as Anita Perras & Tim Taylor). The duo released three albums on the Snocan, Tailspin and

Savannah labels, and charted a number of hit singles, including such popular numbers as Isn’t That The Strangest Thing and Something Good. Perras and Taylor earned Duo of the Year awards from the Canadian Country Music Association in four consecutive years (1985-88).

In the early 1990s, Taylor and Perras went their separate ways, both pursuing solo careers. Tim Taylor moved to Nashville and continued enjoying success, mainly as a songwriter.

Anita’s 1989 debut solo album Touch My Heart, produced by Mike Francis, yielded six nationally charted hit singles, including One Smokey Rose (written by Tim Taylor), which had earlier been named CCMA’s Single of the Year in 1988. A 1993 follow-up album, Way Beyond The Blue, released on Savannah Records, delivered another six chart hits, including the Top 10 tune It Might As Well Be Me. 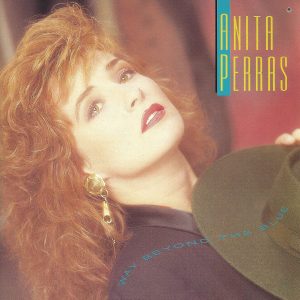 Anita Perras also became a fixture on Canadian television, performing as a back-up vocalist on the Tommy Hunter TV Show; and later hosting her own That Country Feelin’ series, produced for several seasons out of studios in her hometown of Sudbury, and aired on the Mid-Canada TV Network. Perras was also active on the tour scene across Canada and opened a series of U.K. concerts in November, 1992, for Glen Campbell; at the time, celebrating his 25th Anniversary as a headline attraction. 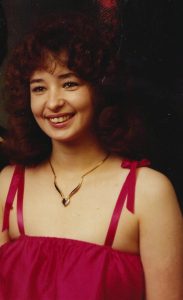 Anita was featured on the 1992 multi-artist Canadian Christmasalbum At Christmas We Sing, performing the Yuletime standard, Winter Wonderland. Anita Perras’ recording legacy also includes a team-up with fellow Canadians Tracey Brown and Marie Bottrell, in the trio aptly named TREE-O, releasing the 1992 Christmas single, Snowflake. She is also featured with Gary Fjellgaard in the 1994 duet single Trace Back, which charted briefly.

By the late 1990’s, Anita Perras reduced her role as a mainline artist, recording several albums released on independent labels, including the 2004 Think Again collection on the Pine Ridge label. A 2008 follow-up set, Those Classic Country Songs, was produced by husband/musician Frank Woodcock and released on the True North label.