Featuring her IRL closest friends, the official music video for Robyn Ottolini’s Warner Music Nashville debut and viral sensation “F-150” is available now (WATCH HERE). Written by Ottolini alongside Erik Fintelman and Mark Schroor, the clip’s red-hot visuals were filmed in the Toronto, Ontatio area near her hometown of Uxbridge.

“My main goal for the video was for Robyn’s personality to shine through,” explained director Ben Knechtel. “I feel this video is the perfect introduction and for maximum authenticity, we cast Robyn’s hometown friends for the shoot. You can’t fake the chemistry of a girl gang that tightly knit, and it really shows. I’ve never seen a group of girls turn up on 00’ era Eminem that hard. It was awesome.”

“My garage has never looked cooler,” laughed Ottolini’s manager and “F-150” co-writer Schroor, whose home was used for the shoot. “Robyn burned a toy truck in my dining room where I feed my kids and my great grandmother’s 100-year-old couch made an appearance as well. The pizza guy that showed up to deliver us dinner happened to be listening to ‘F-150’ in the car and showed me his phone to prove it. He was a huge fan!”

Earlier in 2020, “F-150” reached No. 4 on Spotify’s all-genre US Viral 50 chart and No. 3 on Rolling Stone’s all-genre Trending 25. Ottolini’s small-town-Canadian upbringing serves as the creative inspiration for every witty, relatable lyric she writes. Inspired by artists like Maren Morris, Kacey Musgraves and Sam Hunt, she’s already released two EPs independently, including The I’m Not Always Hilarious EP earlier this year, and was a Rising Star Award nominee at the Country Music Association of Ontario Awards in 2019. Ottolini is managed by Mark Schroor & Erik Fintelman from Workshop Music Group.

DRAKE JENSEN, Nova Scotian and acclaimed Nashville recording artist, releases a cover of Corey Hart’s iconic hit “Never Surrender” in a compelling duet with Ottawa artist Lisa Thompson of the band Sovereign Council. The release is accompanied by an equally compelling video; both are dedicated to the front-line workers that helped the world through this challenging year.

The track is the lead single to Jensen’s upcoming 5th studio album, “ICONIC”, which will be released in the Spring of 2021 and include covers of ICONIC Canadian songs from Lennie Gallant, Gordon Lightfoot, Anne Murray, Leonard Cohen, and Rita MacNeil. Songs that he grew up with and shaped his musical style.

Drake Jensen’s 2011 debut album “On My Way To Finding You”, recorded on Nashville’s Music Row, marked the start of an exciting chapter in this Glace Bay native’s music career. Writing in Music Row Magazine, Robert K. Oermann chose the single “Wash Me Away” as his Discovery of the Week. Observed Oermann: “…the album is unmistakably country but with a certain sonic majesty and terrific, multi-layered production finesse. [Wash Me Away] is finely crafted”. Adds Oermann: “Jensen sings with open throated confidence and clear conviction. A winner”.

In 2012, Drake chose YouTube to propel his career with the video to the album’s title track. The song met with phenomenal success worldwide.

The following year Drake Jensen released his second album, “Outlaw”, with the hit song track Scars, focusing on the darkness that often accompanies victims of bullying. The song’s video, premiered at the Hard Rock Café in Nashville.

2015 saw the release of Drake’s third album, Retro. His cover of “Everytime I See Your Picture” earned him praise from renowned Canadian rock icon Luba, who called Drake a “maverick” in the industry.

In 2016, The album “Sideshow” was released with the lead single “Wherever Love Takes Us” making it to the Top 40 Country Charts in Australia.

Jensen’s most recent single, “Burn The Floor” released in May of 2020, was very well received at Australian Radio and was voted “Video of the Year” by fans of the site Country Queer. Spotify streams are, as of this date, nearing the 100,000 mark.

Shae Dupuy is ringing in the new year with the brand new, official music video for her most recent single, Selfish. The Canadian country artist is heading in to the new year with more new music on the horizon as well – and all of it adds up to good things on the way. 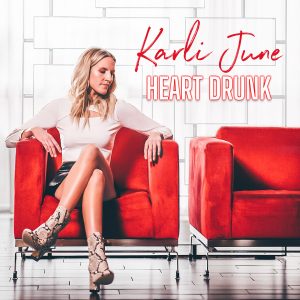 “Heart Drunk” – with an anthemic chorus and evocative vocals – takes the listener through a whirlwind romance characterized by the thrill and intoxicating feeling of falling in love. It is a play on words between the feeling of being tipsy, and the dramatic effect that a boy has on a girl’s heart. You can listen to the new single here.

June has a clear vision of what she wants to say and how she wants to say it. Writing candidly and honestly is a hallmark of her songwriting, and her new single speaks to the genuine, all-consuming nature of being in love. “Heart Drunk” follows the release of “Say Too Much,” a collaboration between Karli June and Scott Chesak (All American Rejects), which has been streamed over 100,000 times on Spotify.

Born in Listowel, Ontario, June fell in love with music as a child, singing in her church’s choir, at local fairs and singing competitions. During her teens she began writing songs in earnest, studied piano, taught herself guitar, and took every opportunity to perform live during school concerts, in musical theatre productions and at the local pub.

In 2016 she released two singles, both produced by CCMA Award winning producer/guitarist Jason Barry, “Black & White” and “Setting Me on Fire.” The singles received industry attention and led to her performing at marquee Canadian country music festival Boots & Hearts, and sharing the stage with the likes of Dierks Bentley, Brett Kissel, Terri Clark, and Corb Lund.

Stand on Guard for Music 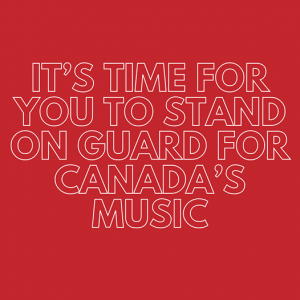 We wanted to share with you some important information about the Stand on Guard for Music campaign being championed by the Canadian Private Copying Collective (CPCC) and let you know how you can support. It could result in more money for music publishers and self-published songwriters.

As the country grapples with a global pandemic, it has never been more important for recording artists, composers, songwriters, music publishers and labels to be able to earn income from their creative output. Copyright is how these creators and music companies get paid, so a technologically-neutral Copyright Act is more essential than ever to a music industry faced with re-building.

Royalties for unlicensed private copies have plummeted from $38 million per year to just $1.1 million in 2019, because the private copying regime has been limited to copies on recordable CDs since 2008. That means no royalties for the billions of private copies of music on Canadians’ phones and tablets. The Copyright Act has not kept pace with technology, leaving rights-holders unpaid. Shouldn’t every copy count?

Right now, the Government is reviewing copyright reform legislation to be tabled imminently, acting on what they heard in the recent Parliamentary Review of copyright. Your help is needed to ensure that private copying reform is high on their agenda.

Let Minister Guilbeault, Minister Bains, and your local MP know that you want to see a tech-neutral private copying regime to protect the rights and livelihoods of our creators and all their partners in Canada’s recorded music industry.

CLICK HERE AND SPEAK UP FOR PRIVATE COPYING NOW 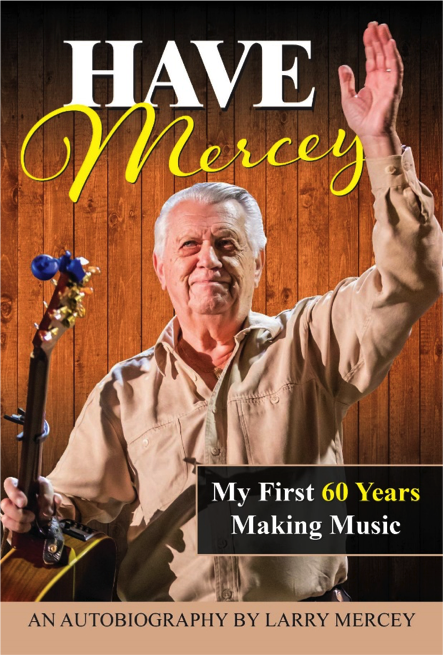 Larry Mercey has stacks of scrapbooks and datebooks that help to tell the story of his remarkable 60-plus years in the Canadian music industry – from his early days as a budding musician in Hanover to his 31 years with The Mercey Brothers and, most recently, his solo career. The Hanover native’s mother, Cecilia, began keeping a scrapbook after his first appearance on the CKNX Travelling Barn Dance in 1955. Mercey took up the torch in the late ’50s, filling 22 scrapbooks with photographs, newspaper clippings, notes and other mementos over the next six decades. He said he relied heavily on that information while writing his autobiography over a two-year span. The book, Have Mercey: My First 60 Years Making Music, is set to be released Jan. 15.

Have Mercey, published by Woodstock-based T.A. Ryerson & Son Publishing, includes a lot of information about the formation and success of The Mercey Brothers, which released 18 albums, had multiple singles – including several that topped the Canadian country music charts – and were inducted into the Canadian Country Music Hall of Fame. It also contains information about the country music industry, interesting and funny road stories and anecdotes of the places and people Mercey and The Mercey Brothers encountered over the years. A music streaming enthusiast tweeted out his 2020 listening habits this week. “I really did listen to 96 hours of @DonovanWoods this year,” wrote a man named Reid.

Canadian singer-songwriter Donovan Woods, a genial and witty presence on social media, replied back to the fan: “I appreciate you, and I am sorry about your breakup.”

Reid (Twitter handle, @reiderfever) hadn’t mentioned any breakup. The wry assumption on the part of Woods was that anybody who listened to his music for the equivalent of four days must be suffering a broken heart and that the melodic empathy of Woods was consoling.

Woods and his sensitive, tuneful countryfolk balladry have stuck a chord with listeners who find wisdom in his words and pacification in his soft, husky voice. He just released his seventh album, Without People, and recently signed a creative deal with Nashville-based Concord Music Publishing.