We’re proud to announce that the SU2C Canada Kate McGarrigle Fund is inviting applications from cancer patients and survivor songwriters for the Music As Healing Grant Program, an initiative that encourages them to share their cancer journey through original music compositions. Up to ten finalists will be selected to receive up to $2,500 USD to support the professional recording of their original composition.

WHO: The program is open to all aspiring and professional songwriters, aged 15 and up, in Canada and the United States. Both cancer patients and cancer survivors are eligible to apply.

WHAT: A grant up to $2,500 USD will be awarded to up to ten Music As Healing winners. Funds can only be used for expenses related to the recording of one song, including studio time, travel to studio, session musicians, meals, etc.

WHEN: Applications are currently open now through Friday, March 20, 2020. Winners will be notified that they have been selected in late April, and they will be required to submit their final song recording to program administrators no later than Monday, June 29, 2020 at 5pm ET.

HOW: Applications must be submitted electronically at StandUpToCancer.ca/MusicAsHealing by Friday, March 20, 2020 at 5pm ET.

(Source: Stand Up To Cancer) 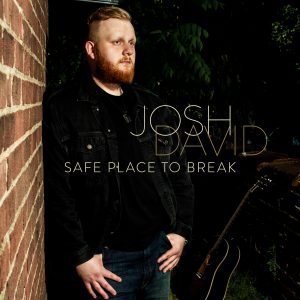 They say that music is the language of the soul, and nothing could be more true for this musician. Josh’s stories, rich voice and beautiful dynamic performances speak for themselves. Josh David has earned an admirable reputation as a talented musician, skillful performer, and inspirational artist. His profound songwriting ability captures audiences and takes them on a journey.

Josh David has been performing in live music venues since a young age and is quickly a local favourite and performs regularly, totalling more than 100 shows a year. He has performed at The Kitchener Bluesfest seven years in a row and has performed alongside the likes of, Juno award winning Steve Strongman, Rob Szabo, Shawn Kellerman, and members of The Western Swing Authority and opening for Aaron Pritchett, Meghan Patrick and The Reklaws, to working with some of the biggest names in the recording industry, such as Jason Barry, David Kalmusky, Emma-Lee, Byron Hill and Jeff Johnson.

On March 6th, 2020 Josh David will debut his first single online and to country radio March 30th, 2020, with the message to remind people that they are never alone, no matter where they are or what is going on in their life, everyone has a safe place to break. Whether that be through religion, someone you love, music or a place you run to and take refuge. 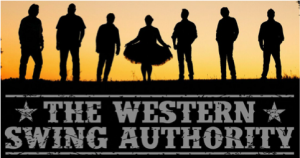 Curve Music is both proud and excited to announce the signing of The Western Swing Authority! As part of the deal, Curve Music will re-release the band’s catalogue worldwide and the band will shortly begin work on a new album. Starting March 2nd, the band’s catalogue, “BIG DEAL”, “ALL DOLLED UP”, “NOW PLAYING” and the band’s Self-titled first release “THE WESTERN SWING AUTHORITY” will be available worldwide both digitally and physically through Curve Music.

The Western Swing Authority is Canada’s most recognized and awarded authentic Western Swing group. Made up of a collection of some of the country’s finest touring and studio musicians, they came together to play the timeless style of music they love. Seamlessly combining stellar musicianship and vocals with traditional country and jazz standards and their own “new vintage” originals, they have created a sound that is truly their own.

“As Curve Music enters its 18th year of operation, it’s extremely exciting to be able to work with WSA, who are all amazing folks and incredibly talented individuals in their own right” says Brian Hetherman, Curve Music President and owner.

WSA have been recognized with awards and nominations in both Canada and the United States and are reintroducing the Western Swing sound to an entire new generation of music lovers with every performance.

“We are thrilled about this partnership with Curve Music. It’s so exciting to team up with people who believe in the kind of music we want to play and create.” says Shane Guse, the band’s founding member.

“We look forward to the opportunity to bring our unique brand of Western Swing to new audiences all over the world, both digitally and onstage. And Curve Music? Now that’s a name I can get really get behind…” says Stacey Lee Guse, lead singer of the band.

David McLachlan Releases Next Single “Memories of You” 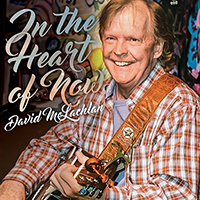 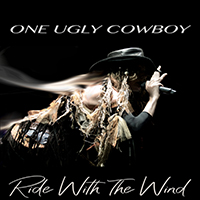 Toronto-based country/rock band ONE UGLY COWBOY released their first full-length album, RIDE WITH THE WIND, on January 31, 2020.  It’s a follow-up to the band’s 2015 EP, Get Yer Ugly On. Powerhouse female vocalist ‘Hurricane Jane’ (Jane Sowerby) and longtime songwriting partner and producer Richard Zwic co-wrote this new collection of tunes, spanning their journey together.

General On-Sale For The Tour Begins March 2 @ 10AM Local 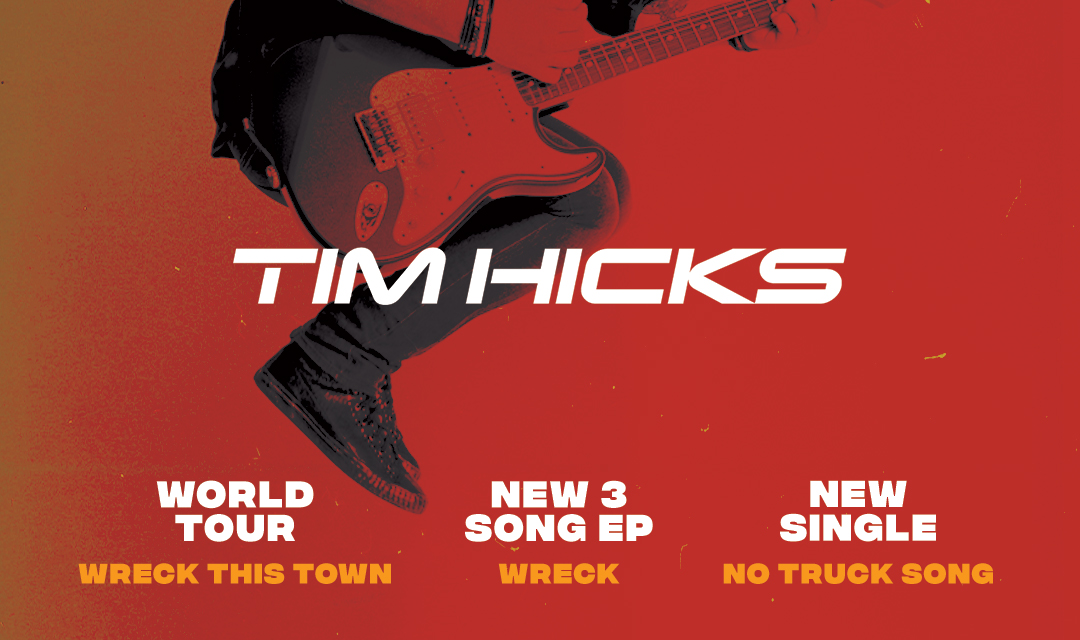 TORONTO, ON (February 21, 2020) – Four-time JUNO Award nominee and platinum-selling CCMA Award winner Tim Hicks announced the details today for his “Wreck This Town World Tour” with DJ Johnny Rivex featured on the Canadian leg.  The tour kicks off in Berlin, Germany on March 6 and travels to Amsterdam, The Netherlands, London, UK and Brisbane, Australia before landing in Canada, on May 21 for a trio of weekend warrior dates including; London, Hamilton, Rama, Regina, Winnipeg, Thunder Bay, Edmonton, Calgary and Saskatoon along with a run of dates in November. For complete presale details visit www.timhicksmusic.com. General on-sale begins Monday, March 2 at 10AM local.

“New music and a new tour go hand in hand, and I’m excited to announce both,” shared Hicks!  “I have three new songs to share with fans, each a little different and I’m stoked for everyone to hear them.  And, speaking of a little bit different, THE TOUR! We’re playing some places we’ve never played before which is very exciting and we’re bringing this party out on the WEEKENDS!  There’s an unmistakable feeling in the air when a show happens on a weekend, so that’s what we’re doing, weekends and we CAN’T WAIT!”

Defining a genre with his sure-footed everyman approach, the platinum selling entertainer, also announced the digital release of “Wreck” a 3-song EP featuring the brand new single “No Truck Song”.  Produced by Jeff Coplan and co-written by Hicks, Jeff Coplan and Bruce Wallace, ‘No Truck Song’ follows Hicks’ #1 chart-topper “What A Song Should Do” and serves as an exciting first look at what’s to come in 2020.

“It’s so much fun,” shares Hicks about ‘No Truck Song’. “On every album I usually add one or two songs that are a little tongue-in-cheek, designed to give fans (and me!) a chuckle, but we’ve never released one as a single before. We smiled and laughed a lot while we wrote it, so I hope fans hear that, and it makes them do the same!”

Hicks continues to lead the way, expanding the songwriting and style that helped define today’s country music.  The platinum selling entertainer is a “true star on the Canadian country music scene” (GoBe Weekly), “proving he knows how to tailor his songs to his ever-expanding audience” and commemorating his wide-open sound as one of the defining influences on today’s Canadian County Music.

Building from local acclaim to a nationally recognized name, Hicks has cemented his reputation as an elite chart-topping act since making his country label debut in 2013. The platinum selling entertainer’s catalogue of highly praised releases including: “Throw Down”, “5:01”, “5:01+”, “Shake These Walls” and most recently, 2018’s “New Tattoo”, have earned the four-time JUNO Award nominee and CCMA Award winner, two PLATINUM selling singles, 7 GOLD singles, one GOLD album and thirteen Top 10 radio hits including the No. 1 chart-topper “What A Song Should Do” – all with his long-time label Open Road Recordings, in addition to multiple sold-out headlining dates and back to back national tours.

The first recipient of the Nielsen Compass Award, an honour that recognizes an artist for the most total content plays including streams, single and album sales as well as total social media following, Hicks released his fourth full-length studio album “New Tattoo” in June (2018) and followed with the national “Get Loud” headlining tour last fall, where he partnered with PLUS1 and donated $1 from every ticket to the Unison Fund and their work providing counseling and emergency relief services to the Canadian music community. The album’s first single “LOUD”, was licensed by the NHL in North America – adding to his collective 60+ million streams worldwide to date. 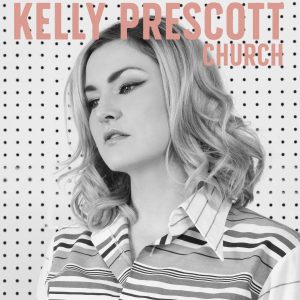 Kelly Prescott comes by her music in the most honest way possible, as a third generation singer/songwriter on both sides of her family. She grew up between a tour bus & a world class recording studio, her childhood steeped in traditional country music. Kelly and her family recently made their Grand Ole Opry debut as guests of Terri Clark.

With her highly anticipated new solo EP “Love Wins” released Feb. 21st (the first since her 2016 EP “Hillbilly Jewels” featuring Buddy Miller & Jim Cuddy of Blue Rodeo) Prescott is returning to her roots with the sounds and styles that she loves. Songs that tell stories and tackle tough subjects.

Her voice has to be experienced to be believed. She can sing with a conviction that you can only summon by performing authentic, honest songs.

She has toured all over North America as a solo artist, most recently with Kyle Cook of Matchbox 20, as a member of The Claytones and performing as Emmylou Harris in the theatrical production of Grievous Angel: The Legend of Gram Parsons.

You can catch her on tour during the following dates: